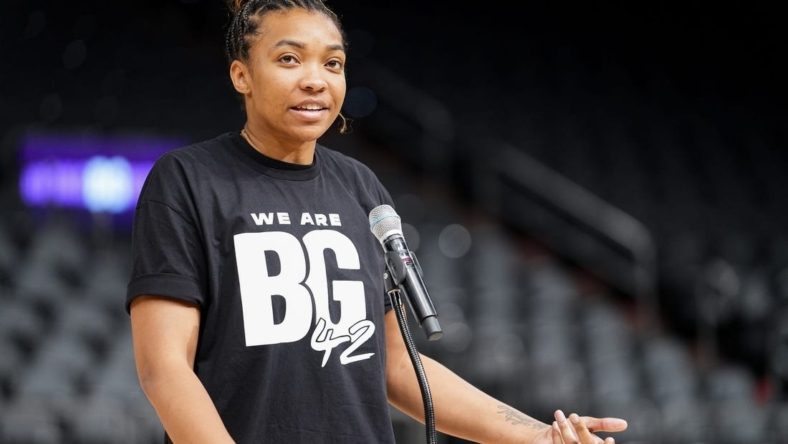 Brittney Griner was transferred from a Moscow-area prison to a penal colony in Russia, raising concern about her safety and well-being.

The forced labor camp was part of the nine-year sentence Griner received in August for drug possession. Griner has been in the Russian prison system for more than eight months.

Attorneys for Griner lost an appeal to have the sentence altered or reduced last month. They said Wednesday that Griner’s location is not being disclosed given the outcry from media and the geopolitical tension around the case.

Typically the United States embassy is informed by mail of an international prisoner’s location, but Griner’s attorneys said they might not know where she is for at least two weeks.

The 32-year-old WNBA star was detained in February entering the country from the United States to join her pro team in Russia. Multiple WNBA players spend time in Russian leagues because it’s more lucrative.

Authorities in Russia said they found two vape cartridges containing a small amount of hashish oil in a search of Griner’s luggage at the airport.

White House press secretary Karine Jean-Pierre said Wednesday in a statement the US is “unwavering” in attempts to free Griner and other detained Americans.

She added that President Joe Biden has ordered his administration to swiftly “prevail on her Russian captors to improve her treatment and the conditions she may be forced to endure in a penal colony.”