Most Impressive NFL Teams in Week 1

As we head into the second week of the regular season, it’s important to look at where some teams are at this early point. Some of the obvious Super Bowl contenders impressed in Week 1, while other previously average teams stepped up their performances to begin the season.

Let’s check in on four teams who were most impressive in their regular season debuts this past weekend. You will see two top NFC championship contenders as well as a couple teams who are coming off less-than-average 2013 campaigns.

Remember, this is based solely off what we saw in Week 1 and isn’t necessarily an indication that these teams are going to dominate throughout the 2014 season.

Richard Sherman was clearly the MVP of the first week of the NFL season. Going up against Green Bay Packers No. 3 wide receiver Jarrett Boykin, the All-Pro cornerback shut down one third of the football field, which enabled the rest of the Seahawks defense to hone in on the likes of Jordy Nelson and Randall Cobb in the passing game. Overall, Sherman was not targeted a single time in the impressive 36-16 victory by the defending champs.

We can question whether Green Bay came into the game with the right offensive scheme, but we cannot ignore how dominating Seattle’s defense was in this one. The Packers averaged 4.4 yards per play, as Aaron Rodgers gained just 189 yards on 33 attempts.

Offensively, Seattle was much more dynamic than we had seen in the past under Pete Carroll’s coaching staff. Seemingly healthy for the first time in nearly two years, Percy Harvin put up 100 yards on 11 touches and caught all seven of the passes thrown in his direction. His ability to add a dynamic presence to the Seahawks offense is going to make a huge impact moving forward. While Russell Wilson wasn’t terribly impressive in this one, he did enough through the air to get the job done.

Seattle came into the regular season as the odds-on favorite to win the Super Bowl. And after its Week 1 performance, absolutely nothing has changed. This team is already firing on all cylinders.

It must be noted that Minnesota wasn’t exactly taking on a powerhouse St. Louis Rams offense this past Sunday. It’s rather easy for a defense to be impressive going up against the likes of Austin Davis and Benny Cunningham. With that said, the Vikings’ performance in Mike Zimmer’s first game as their head coach was nothing short of dominating.

Minnesota put up a 34-3 lead before the Rams scored a meaningless last minute field goal in a game that was over before the fourth quarter. Zimmer’s defense recorded five sacks and two interceptions as whoever St. Louis threw in at quarterback struggled finding any time to pass the ball. Outside of Brian Quick, who put up seven receptions on nine targets, the Rams did a whole lot of nothing through the air.

However, it was the Vikings offense that put up the stellar performance against what has to be considered one of the top defensive fronts in the NFL. Working with a clean pocket throughout the game, Matt Cassel was able to put up two touchdown passes and was sacked just one time. While Adrian Peterson only averaged 3.4 yards per attempt in this one, Cordarrelle Patterson offered up a dazzling 67-yard touchdown run to put the game away in the third quarter.

It’s one of those performances a team can build on early in the season, especially after it struggled so much the previous year. With a new coaching staff and philosophy, it seems the Vikings trajectory is pointing up at this point. 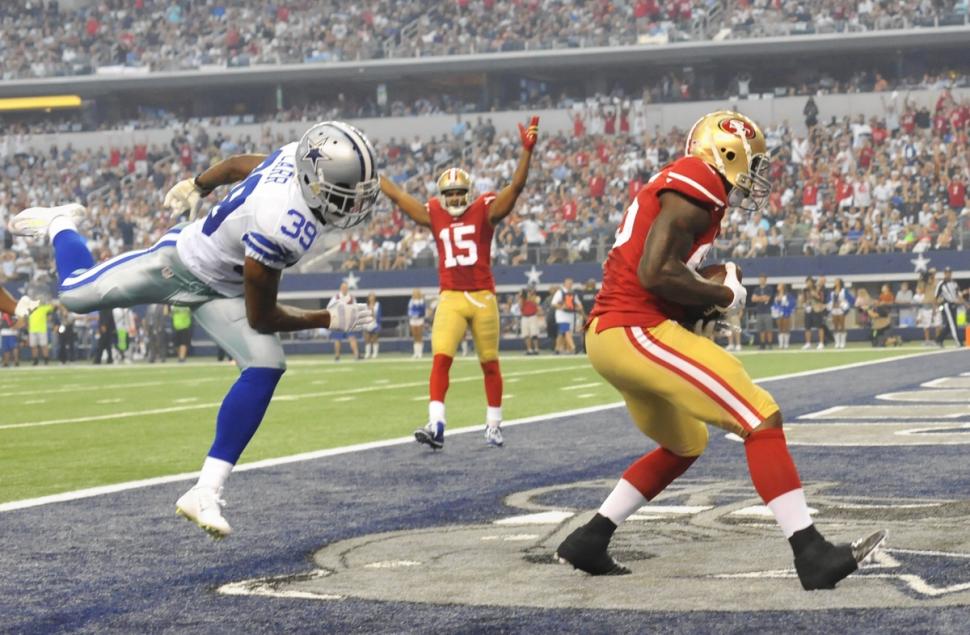 Much like the Vikings, we need to look at who San Francisco was playing on Sunday. The Dallas Cowboys are going to be fighting for last place in the weakest division in football this season. But that doesn’t change the fact that this was complete and utter domination for a team coming off three consecutive NFC Championship game appearances.

Consistently making Tony Romo throw into tight coverage throughout the game, San Francisco recorded three interceptions and a fumble recovery for a touchdown. It was up 21-3 before even attempting a single running play in this game. Despite losing starting cornerbacks Tramaine Brock and Chris Culliver, the 49ers secondary played well until coordinator Vic Fangio went prevent with the game out of hand in the fourth quarter.

Offensively, the 49ers looked much more dynamic than in previous seasons. A three-play, 80-yard drive that took just 1:28 in the second quarter was a prime example of this. Colin Kaepernick, who has tallied 24 touchdowns compared to four interceptions since Week 3 of last season, completed 16-of-23 passes for over 200 yards and two scores in a solid overall performance. If the 49ers can continue to play this way on both sides of the ball while preparing to get some elite players back in the fold in the coming months, this team could very well contend with Seattle for the conference title. And nothing on Sunday changed that perception. 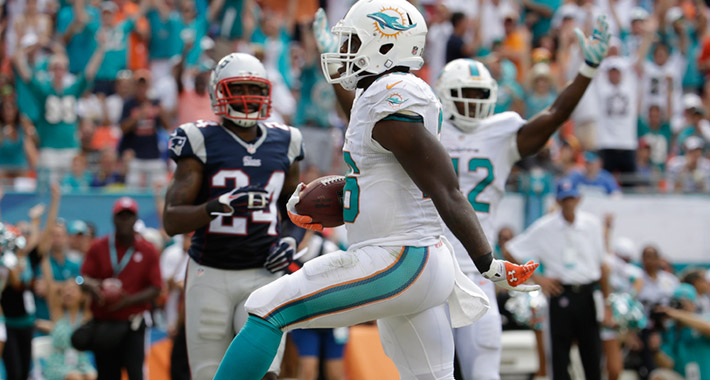 One thing became apparent watching the tape of Miami’s 33-20 win over the New England Patriots on Sunday. Joe Philbin’s squad was just the better team than Bill Belichick’s squad. It started upfront where the Dolphins recorded four sacks compared to just one for the Patriots. And it extended to the secondary, where the Dolphins completely outplayed their AFC East counterparts.

When all was said and done, Miami outgained New England by more than 100 yards on the ground and made Tom Brady look like nothing more than a pedestrian starting quarterback in the NFL. Despite struggles with drops in the passing game, Ryan Tannehill performed extremely well. If the young quarterback can continue to get a strong running game and provide consistency under center, the Dolphins may very well be on to something. After all, it’s rather obvious that New England isn’t the unquestioned class of the division anymore.