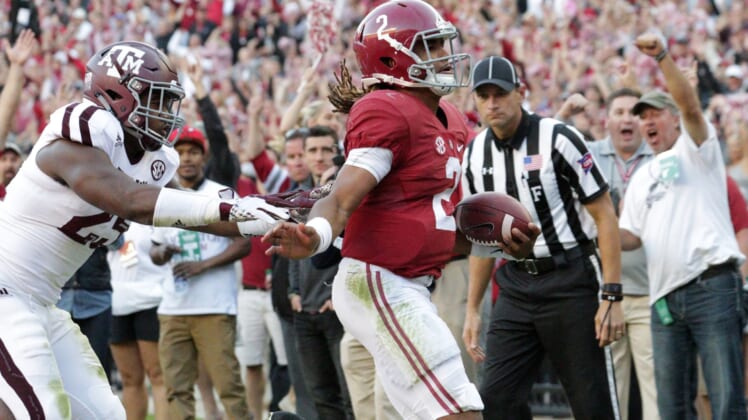 Former Alabama starting quarterback Jalen Hurts announced via The Players’ Tribune on Wednesday that he has decided to transfer to Oklahoma.

“I’ve decided to take my talents to the University of Oklahoma, where I will continue my development as both a quarterback and as a student,” Hurts announced.

Having already graduated from Alabama, Hurts will not have to sit out a season. And with reigning Heisman winner Kyler Murray headed to the NFL, he’ll be the sooners’ starter in 2019.

Here, we focus on the impact of Hurts’ announcement.

Oklahoma has a quarterback: This one is pretty obvious.

Lincoln Riley does it again: He’s simply the quarterback whisperer.