Iowa coach Kirk Ferentz continues to remind the Hawkeyes that experience wins in the Big Ten, and not many teams in the nation had more super seniors return than Illinois.

From Ferentz's seat, that experience is starting to show up where it counts: road game results.

"Two out of the three weeks, they've been on the road and beaten good teams in their stadiums playing good football," Ferentz said. "Doing a really good job running the football. It's clear they want to do that. It's a point of emphasis. I think they've got a really good offensive line and good backs. They're doing a good job there."

Ferentz and No. 17 Iowa (8-2) entertain Illinois (4-6, 3-4 Big Ten) in Iowa City on Saturday, but Fighting Illini coach Bret Bielema will be on the couch. He tested positive for COVID-19 on Monday despite being vaccinated and receiving a booster shot.

Iowa sits at 5-2 in the Big Ten and plays at Nebraska next week, when the potential to end the season on a four-game winning streak could also put the Hawkeyes in contention for a New Year's Six bowl game.

Iowa can still win the Big Ten West Division, but needs some help; Wisconsin owns the tiebreaker if both teams win out.

Ferentz didn't identify his starting quarterback at midweek but said Spencer Petras could be back to make his 18th career start. Alex Padilla made his first career start against Minnesota last week.

Recently the Hawkeyes have owned this series. They've won seven in a row against Illinois and the last loss at Kinnick Stadium to the Fighting Illini came in 1999. 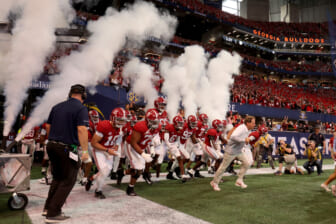 Illinois hits the road again, this time with George McDonald acting as head coach, with one goal still attainable -- six wins and bowl eligibility. This is the third road game against a ranked opponent in four weeks for Illinois.

"If all stays on the current path," Bielema said in a statement issued through the school on Tuesday, "I should be available and present for next week."

Illinois knocked off Penn State and Minnesota. The most dramatic improvement statistically under Bielema has been defensively. Last season, Illinois gave up 34.9 points on average in Big Ten games and ranked dead last in the league in that category. They're at 17.6 points per game vs. Big Ten foes this season.

But Illinois isn't entirely unfamiliar to Iowa. Ferentz and Bielema have known each other for decades.

"Very sorry to hear the news about Coach Bielema. And he's - certainly not a good thing. You don't want to wish that on anybody. I wish Bret the best for a speedy recovery," Ferentz said. "Probably just continues to serve as a reminder for all of us that this thing is not over yet. I think all of us have to be mindful and as diligent as we possibly can because it hasn't gone away."

The dominant trait for Bielema's team is the running game again, with Chase Brown posting 145-plus rushing yards in the two big conference road victories. Brown is 13th in the nation and second in the Big Ten in rushing yards per game (106.4).

"Bottom line they're a tough Big Ten football team," Ferentz said. "I think we're looking at another one of those Big Ten contests in November. It's going to go right to the wire."