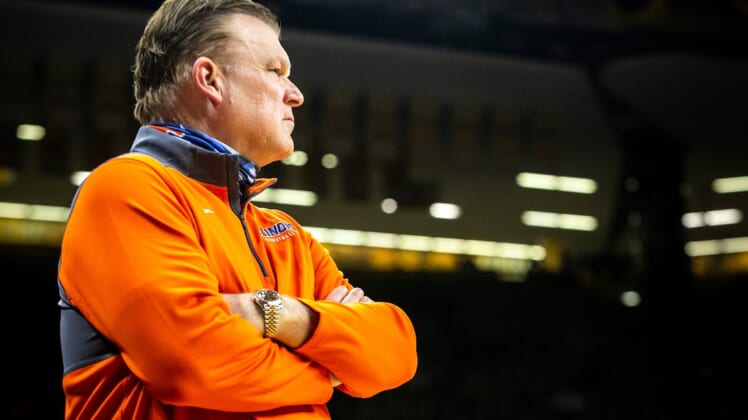 Jacob Grandison added 11 points and Alfonso Plummer chipped in 10 for the Fighting Illini (10-3, 3-0 Big Ten), who led almost wire-to-wire and kept Williams Arena at library silence for most of the game.

Illinois completely owned the lane. It doubled up the Golden Gophers 52-26 on the boards and outscored them 42-18 in the paint.

The Illini even mixed in 6 of 14 3-point shooting against an opponent which entered the night ranked second in Division I in 3-point field goal percentage defense at 24.8 percent.

Jamison Battle and Eric Curry each scored 10 points for Minnesota (10-2, 1-2). But Illinois did a number on the Gophers’ top two scorers — Battle and Payton Willis. The duo average just over 35 point per game between them but managed just 19 in this one.

The Illini put this one away early in the second half. They started with an 18-4 run that included a pair of three-point plays by Cockburn, giving them a 59-34 lead with 13:34 remaining.

The pregame storyline concerned lengthy breaks for both teams. Neither played since Dec. 22 and the teams’ previously scheduled meeting on Sunday was pushed back 48 hours because Illinois was in COVID-19 protocol.

There was little rust for the Illini to scrape off, though. They wasted little time identifying themselves as the better team, opening up a 22-9 lead at the 12:26 mark when Cockburn powered home a layup.

Minnesota gained some traction late in the first half, slicing its deficit to 35-28 with 2:23 left when Battle converted the first of a two-shot foul. But Illinois responded with six straight points and took a 41-30 lead to the locker room.

The Illini canned 50 percent of their field goal attempts in the first half and dominated in the lane. They earned advantages of 22-10 in points in the paint and 22-14 in rebounding.