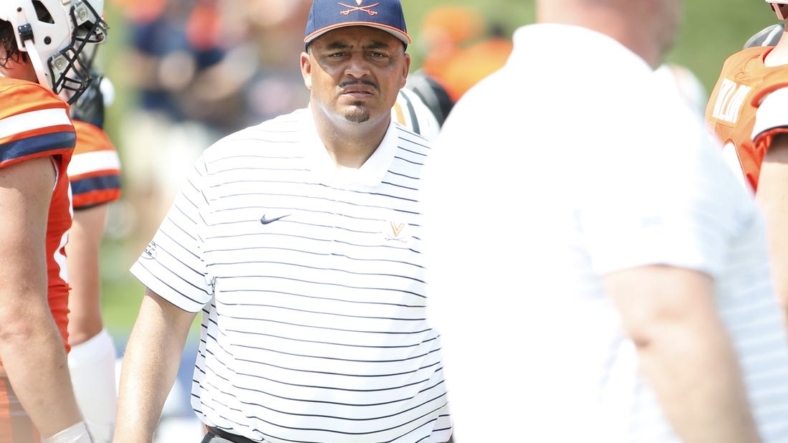 After experiencing the worst of times in last year’s 42-14 loss in Charlottesville, Va., the Illini (1-1) hope for better results on Saturday afternoon when Virginia (1-0) visits Champaign, Ill.

“It’s a little bit unique, right?” Bielema said of the rematch with a Virginia squad featuring new head coach Tony Elliott and new coordinators on offense, defense and special teams. “… They’re kind of completely different from where they were at a year ago.”

A year ago, Brennan Armstrong shredded the Illini with 405 passing yards and five touchdowns and Virginia rolled up 556 yards of offense.

The Cavaliers opened the Elliott era last Saturday with a 34-17 win against FCS member Richmond. Armstrong passed for 246 yards, rushed for 105 and accounted for three touchdowns. Former walk-on Perris Jones ran for 104 yards and scored rushing and receiving TDs.

It was the first win as a head coach for Elliott, the former Clemson offensive coordinator and associate head coach.

“Very, very appreciative and grateful for the opportunity to be the head coach at the University of Virginia and I just want to thank all those who believe in me and gave me an opportunity to be here,” Elliott said.

After a Week 0 win against Wyoming, Illinois fell 23-20 at Indiana last Friday. The Hoosiers scored the winning TD with 23 seconds left to cap a 75-yard drive. Four turnovers and a second consecutive game with eight penalties hurt the Illini.

“Since Day One I’ve talked about ‘before we start winning games, we have to stop losing them,'” Bielema said.

After serving a first-half suspension for a targeting penalty that carried over from last season, Virginia linebacker Josh Ahern had five tackles and a sack in the second half against Richmond. He also had an interception that was wiped away by a penalty.