Illinois awaits word on injured QB ahead of UTSA’s visit

Illinois, looking to build on a season-opening win over Nebraska, is uncertain about the status of its quarterback looking ahead to a Saturday night meeting with UTSA in Champaign, Ill.

Senior Brandon Peters started against the Cornhuskers and went 3-for-4 for 35 yards, but he left the game with a shoulder injury. Rutgers transfer Art Sitkowski filled in admirably, connecting on 12 of 15 passes for 124 yards and two touchdowns as Illinois won 30-22.

Illinois coach Bret Bielema had not yet decided earlier this week who would start for the Fighting Illini (1-0) against the Roadrunners (0-0).

“All the tests came back and anything from a long-standing injury looked negative at this point, so really it’s just about his recovery,” Bielema said. “Again, it’s on his left shoulder, his non-throwing arm. It’s really just a matter of how fast he recovers from that. Not ruling him out of this week’s game but don’t really feel that he may be in that role at this point.”

Whoever is under center will benefit from an Illinois ground game that rushed for 167 yards against Nebraska. But the Illini’s defense must make some adjustments ahead of facing another dual-threat quarterback this week. 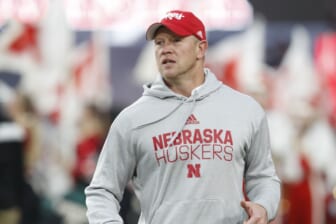 The Roadrunners are entering their second season under head coach Jeff Traylor. They went 7-5 last year, finishing second in Conference USA West. It marked their first winning season since 2017 and just the fourth winning campaign in the program’s first 10 years.

UTSA capped off last season with an appearance in the First Responder Bowl, the program’s second-ever bowl game. The Roadrunners lost to Louisiana 31-24 in the contest in Dallas.

This Saturday’s season opener will be the Roadrunners’ first-ever matchup against a Big Ten team. UTSA has won eight of the previous 10 opening games.

UTSA is picked to finish second in its division again this year, but Traylor is focused on results, not predictions.

“To compare us to last year has nothing to do with our culture,” Traylor said this week. “We should be a lot better. I hope I am a better version of myself than I was a year ago.”

A win over Illinois would give the Roadrunners their second win against a Power 5 conference foe, joining a 2017 triumph over Baylor. But Illinois hasn’t lost to Conference USA since falling to Louisiana Tech in the 2014 Heart of Dallas Bowl; Illinois is 2-0 against the league’s teams since then.