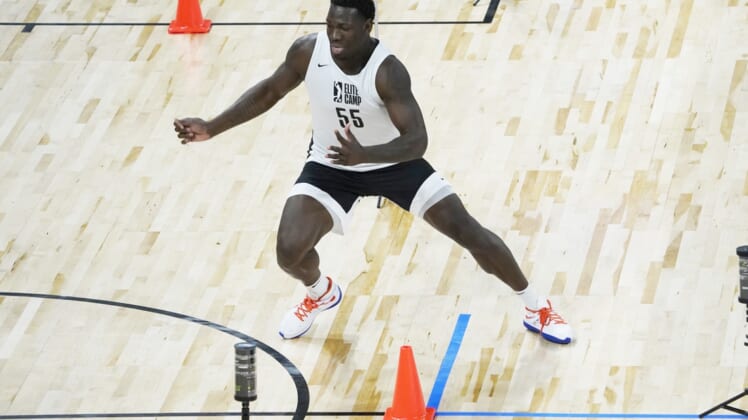 Projected to be a second-round pick in the 2021 NBA Draft, Illinois All-Big Ten center Kofi Cockburn is keeping his options open by entering the transfer portal.

According to multiple reports, Cockburn intends to weigh the career decision ahead of next Wednesday’s deadline to withdraw from the NBA draft.

Cockburn averaged 17.7 points and 9.5 rebounds for the Fighting Illini last season, but big changes are afoot in Champaign.

Cockburn, a 7-footer from Jamaica, weighed over 300 pounds in high school and trimmed down to around 275 pounds.

He is still developing as a basketball player, as noted by current Illinois coach Brad Underwood, and has more power and girth than quickness and touch.

In 2018 during his recruiting process, Cockburn named Illinois, Connecticut, Kansas, Pitt and St. John’s as his five finalists.

Only Illinois and Kansas, under the direction of one-time Illini coach Bill Self, have the same head coach four years later.