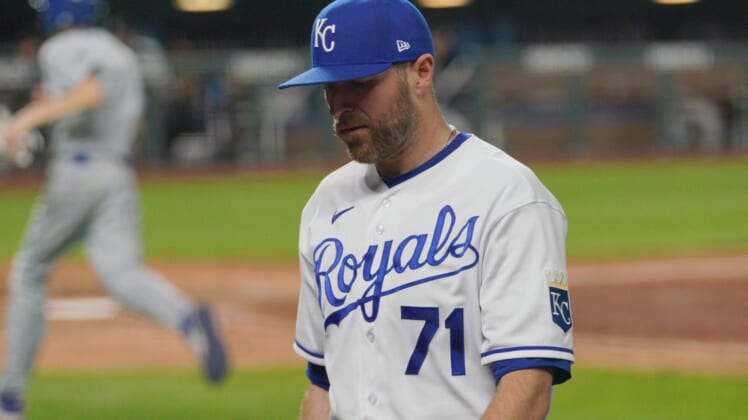 In an expected move, the Royals also placed right-hander Brad Keller to the 60-day IL. Last week, the team revealed that Keller would not pitch again this season.

Kansas City selected the contract of right-hander Dylan Coleman from Triple-A Omaha, reinstated right-hander Brady Singer from the 10-day IL and added outfielder Edward Olivares as the extra player for Monday’s doubleheader against the Cleveland Indians.

Davis, 36, was placed on the 10-day IL last week with shoulder inflammation. He went 0-3 with a 6.75 ERA this season in his return to the Royals after spending the previous four seasons in the National League. Davis was a postseason hero when the Royals won the 2015 World Series.