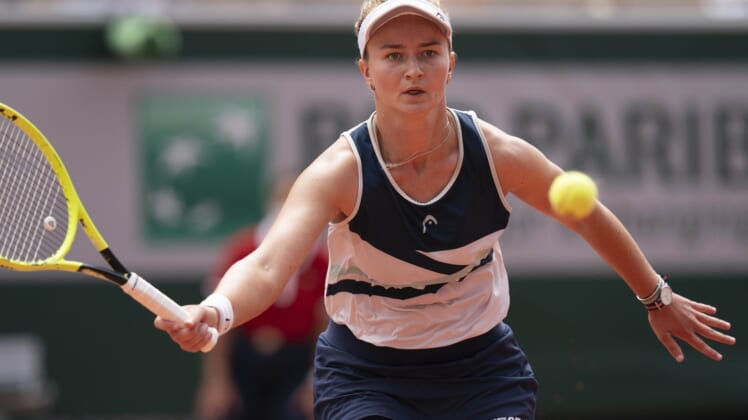 World No. 1 Iga Swiatek of Poland is the top seed at the French Open, which begins Sunday.

She has won 28 straight matches and is coming off consecutive victories at Rome, Stuttgart, Miami, Indian Wells and Doha.

Defending champion Barbora Krejcikova of the Czech Republic was revealed as the No. 2 seed in the tournament in Thursday’s draw.

Swiatek, who won the clay-court major in 2020, will face a qualifier in the first round. Krejcikova will meet French teenager Diane Parry.

No. 3 seed Paula Badosa of Spain reached her first Grand Slam quarterfinal at Roland Garros last year and will meet France’s Fiona Ferro, a wild card, in the first round.

Maria Sakkari of Greece is the highest-seeded player in her quarter at No. 4 and also will open against a French woman, Clara Burel. Estonia’s Anett Kontaveit rounds out the top five and will play her first-round match against Ajla Tomljanovic of Australia.

Looking to extend her 28-match winning streak, world No.1 @iga_swiatek meets a qualifier in the opening round#RolandGarros pic.twitter.com/WLeyZQHQJL

Interesting first-round matchups include No. 27 seed Amanda Anisimova vs. former World No. 1 Naomi Osaka of Japan, and No. 10 seed Garbine Muguruza of Spain against Estonian Kaia Kanepi, a seven-time Grand Slam quarterfinalist.

If Swiatek can qualify for the Round of 16, a past champion could be waiting for her. No. 13 seed Jelena Ostapenko of Latvia, the 2017 winner, and 2018 champion Simona Halep, the No. 19 seed, could meet Swiatek there.

Sakkari, who reached the semifinals in Paris last year, potentially could face Osaka or Anisimova in the third round.