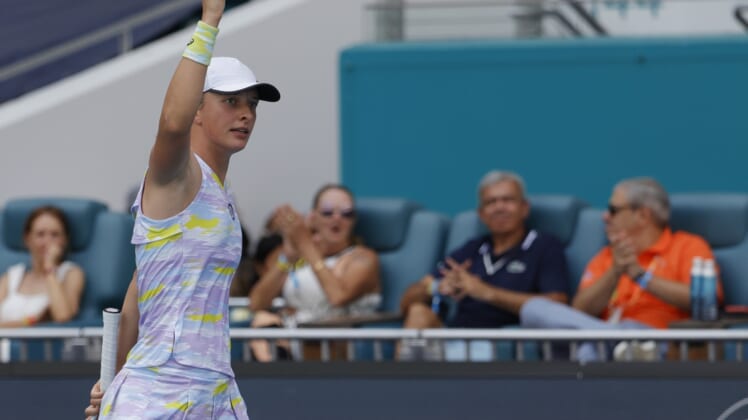 The No. 2 seed — and soon to be World No. 1 — won her 17th consecutive match and third straight title.

Swiatek converted four of her 10 break chances and never faced a break point in the one-hour, 17-minute match. Only one game in the second set went to deuce.

“I’m pretty glad that we could play this match and I think it’s the start of a great rivalry,” Swiatek said after her second career matchup against Osaka. “… You’re really an inspiration and this sport is better with you, so keep going,” Swiatek said to Osaka during her on-court interview.

Osaka, a four-time Grand Slam winner and former World No. 1, was vying for her first trophy since the 2021 Australian Open. She served seven aces, but Swiatek won 20 of the 30 points on Osaka’s second serve.

Swiatek will be the new No. 1 in the rankings on Monday, replacing the recently retired Ashleigh Barty of Australia.

Osaka won the first meeting between the two in straight sets in the round of 16 at Toronto in 2019.