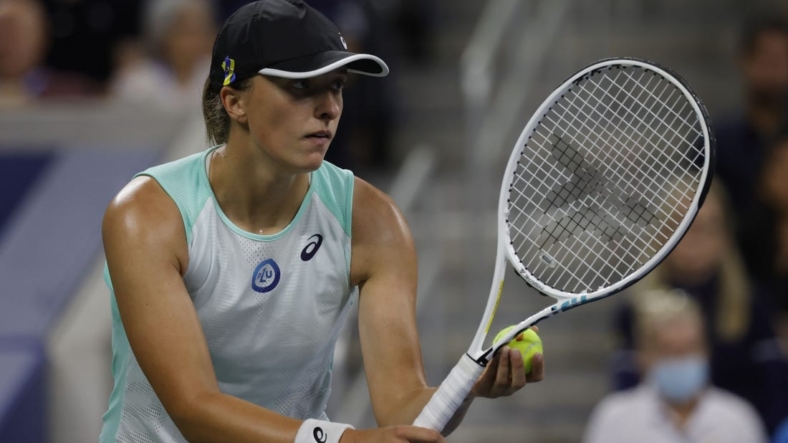 Top seed Iga Swiatek of Poland and No. 6 Aryna Sabalenka of Belarus easily advanced during third-round action at the U.S. Open in New York on Saturday.

Swiatek cruised into the fourth round with a 6-3, 6-4 win over Lauren Davis. Sabalenka made quick work of French qualifier Clara Burel, winning 6-0, 6-2 in just 68 minutes.

Swiatek said she struggled to defeat Davis. She finished with 38 unforced errors for the match. But she also racked up six aces and won 75 percent of her first serves.

“I could not find my rhythm today,” Swiatek said in her on-court interview. “She played pretty smart. I’m pretty happy at the end that I could put balls in. I’m just trying to enjoy any match, even when I’m not perfect.”

Swiatek is trying to become the first player since Serena Williams to win seven titles in a single year.

No. 9 seed Garbine Muguruza of Spain was bounced from the tournament in straight sets by No. 21 Petra Kvitova of the Czech Republic. Kvitova rallied from a set down to win 5-7, 6-3, 7-6 (10) and advance.

Kvitova said she summoned her inner Serena to persevere when she was facing match point serving at 5-6 in the third. She fired an ace and had to save another match point two points later.

“I watched Serena last night and it was amazing how she was saving those match points,” Kvitova said aferward. “I tried to do the same today.”