If All-Star Game is tied after 9 innings, break out HR bats 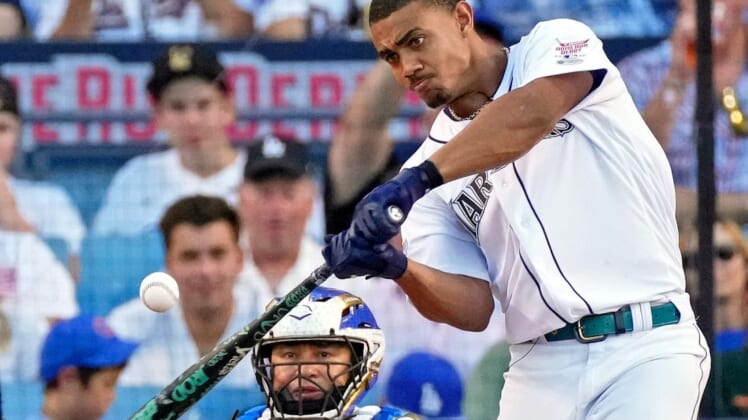 Fresh off Monday night’s Home Run Derby festivities, fans could get another version of the derby on Tuesday as well.

If the All-Star Game at Dodger Stadium is tied after nine innings, the game will be decided by another power display, with three players from each team getting three swings apiece. The league with the most home runs wins.

The AL players would be Ty France and Julio Rodriguez of the Seattle Mariners and Kyle Tucker of the Houston Astros.

The NL would counter with Pete Alonso of the New York Mets, Ronald Acuna Jr. of the Atlanta Braves and Kyle Schwarber of the Philadelphia Phillies.

Rodriguez, a rookie, slugged 81 home runs in Monday’s Home Run Derby, including 18 in the finals, but lost to Juan Soto. Alonso made it to the semifinals, and Schwarber was eliminated in the first round.

Schwarber leads the NL this season with 29 home runs, four behind New York Yankees slugger Aaron Judge, who leads the major leagues. Alonso is third in the NL with 24 homers.

The All-Star tie-game wrinkle came about as part of the collective bargaining agreement between MLB and the Players Association earlier this year. As such, the tiebreaker will be in use through the 2026 season.