Idaho State will have to deal with ferocious defense against Utah 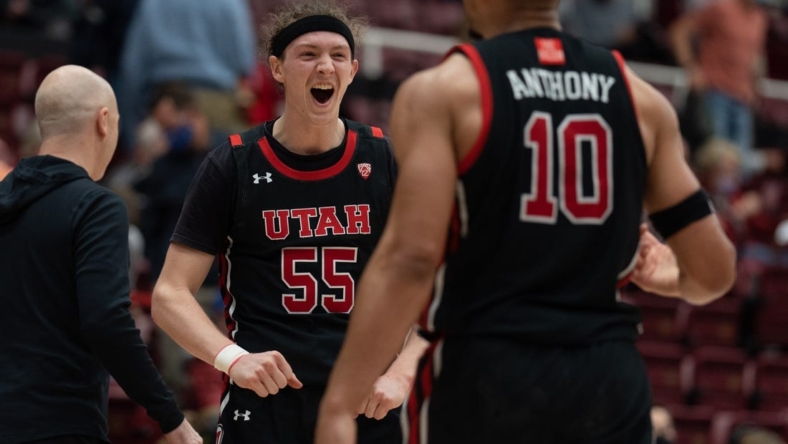 Stifling defense has elevated Utah going into a clash with Idaho State in Salt Lake City on Monday night.

The Utes (2-0) have allowed just 46.0 points per game through their first two contests in a season-opening four-game homestand. Their opponents are shooting an average of 31 percent from the field overall and making just 3.5 3-pointers per game. Utah has averaged a plus-12.5 margin in rebounds and is forcing 14.5 turnovers per contest.

In Friday’s 72-44 win over Cal-State Bakersfield, the Utes held the Roadrunners without a point for the game’s first seven minutes. They jumped out to a 14-0 lead and never looked back.

Offensively, Utah got a major boost from Gabe Madsen, who finished with a career-high 25 points — including six 3-pointers. Madsen functioned mostly as a sixth man last season but has flourished since moving into the starting lineup in place of injured teammate Marco Anthony.

“Gabe’s put a lot of time in, and I think you can see that,” Utah coach Craig Smith said. “He’s always been a very good shooter. I think he’s become even a better shooter, but he has certainly gotten stronger when you look at his body.”

Idaho State isn’t likely to go down without a fight. The Bengals (1-1) held a lead going into the final minute against BYU before falling 60-56 to the Cougars in their season opener. BYU finally prevailed on a go-ahead 3-pointer with 10 seconds left.

“I think we left that building feeling like we had every opportunity to win that game,” Idaho State coach Ryan Looney said.

The Bengals thrive on attacking from the perimeter and will offer a challenge to Utah’s tough perimeter defense. Idaho State attempts 30 3-pointers per game and has made 23 baskets from long distance through its first two contests.

This is the 32nd meeting between the two schools. Utah leads the series 27-4 and is 19-0 in Salt Lake City against the Bengals.