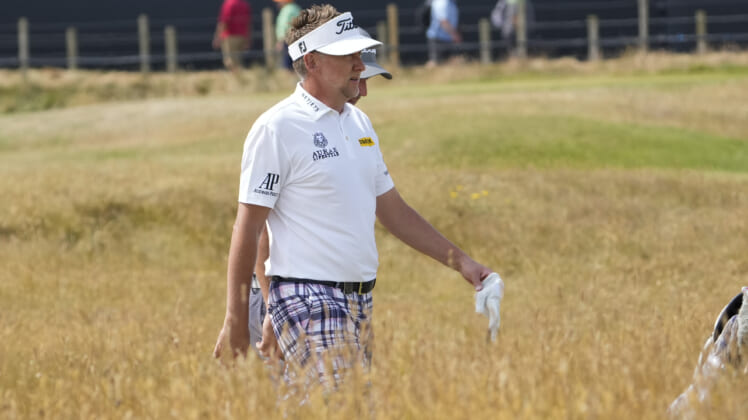 A native of the United Kingdom, Ian Poulter made his way back to his home country for The Open Championship at St. Andrews on Thursday.

Considered one of the better golfers from the UK in modern history, Poulter likely didn’t envision the reception he’d get from his countryman as he made it to the first tee of the Old Course.

One of the bigger names to defect from the PGA to the upstart LIV Golf league, Poulter was booed by fans as he teed off. It was an ugly scene.

Ian Poulter did seem a tad rattled, hitting his tee shot wide left. However, he was able to pull off a solid minus-three while heading to the clubhouse within ear shot of the leader.

It was just last week that it was announced Poulter would be able to play in the PGA co-sanctioned Scottish Open despite leaving that tour for LIV and its lavish backdrop.

A British court ordered a temporary stay of a ban that would have prevented LIV golfers from taking part in the DP World Tour. And now, Poulter is doing his thing at St. Andrews with boos as a major backdrop.

Related: 10 players who can win The Open Championship