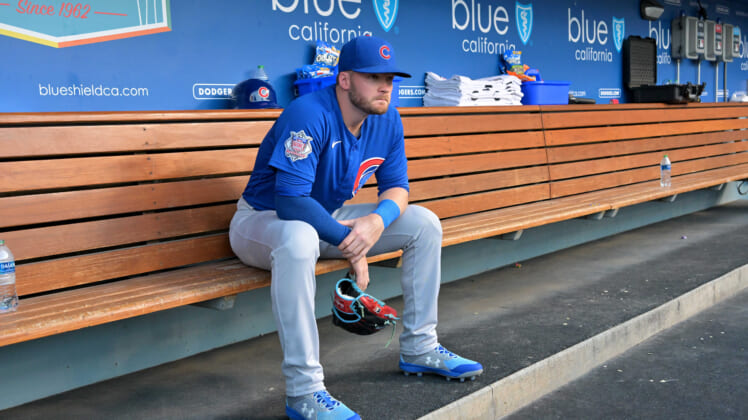 With the Chicago Cubs struggling through another down season, it looks like Ian Happ has been made available.

Jon Heyman of the NY Post is reporting that the All-Star has drawn interest from four teams, including the Toronto Blue Jays.

With an ability to play multiple positions in the outfield and infield, Happ could end up being an underrated addition ahead of Tuesday’s MLB trade deadline. It’s also not like the 27-year-old veteran is slacking during a season in which he earned his first All-Star appearance.

Happ’s power numbers are down from a season ago (25 homers), but he continues to get on base and is on pace for the best batting average of his career. Add in the fact that Happ is under team control for next season, and his value increases big time on the trade market.

There’s a number of teams that will be interested in Happ should he be made fully available. Considering that he’s earning a mere $6.85 million under arbitration this season, and that’s magnified further.

Houston has current left fielder Michael Brantley on the injured list. It is also struggling to an extent from the center field spot with Jose Siri hitting a mere .178 while boasting a .542 OPS. Reserves Chas McCormick and Jake Meyers have not done much, either.

Happ can play left field, second base and third base. He’s a solid switch hitter, having success from both sides.

In particular, Happ would be a nice addition when lefties take to the mound against Houston moving forward in the regular season and the playoffs. Perhaps, the Astros can get this done by adding Triple-A pitcher and No. 4 prospect Forrest Whitley in trade talks with Chicago. 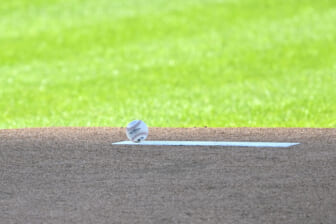 Minnesota is in the market for a starting pitcher leading up to the trade deadline. Perhaps, the Twins could expand a hypothetical trade with Chicago to include Happ. They could use an upgrade over Nick Gordon in left field. Meanwhile, the Cubs are listening on starter Kyle Hendricks.

Any move of this ilk would require Minnesota yielding one top-10 prospect and change given that Happ is under team control through next season. Triple-A pitcher and No. 3 prospect Jordan Balazovic would make sense from Chicago’s perspective.

Once considered frontrunners to land Juan Soto, we’re not sure where the Padres stand in those sweepstakes right now. What we do know is that general manager A.J. Preller wants to add an outfield bat ahead of Tuesday evening’s deadline.

Happ would be a much cheaper alternative, both from a prospect haul and financial perspective. With Chicago likely targeting an arm for Ian Happ, dominating Single-A pitcher Robert Gasser would make sense as the headliner heading back to the Windy City.

Atlanta is currently without second baseman Ozzie Albies (60-day disabled list) and left fielder Adam Duvall (out for the season). The expectation has long been that the defending champs would look to add a bat ahead of the deadline.

Happ’s flexibility would make sense for Atlanta. Not only can he play multiple positions, his ability to hit from both sides will prove valuable. In return, the Braves offer up their No. 5 prospect in left-handed pitcher Tucker Davidson as part of the return.