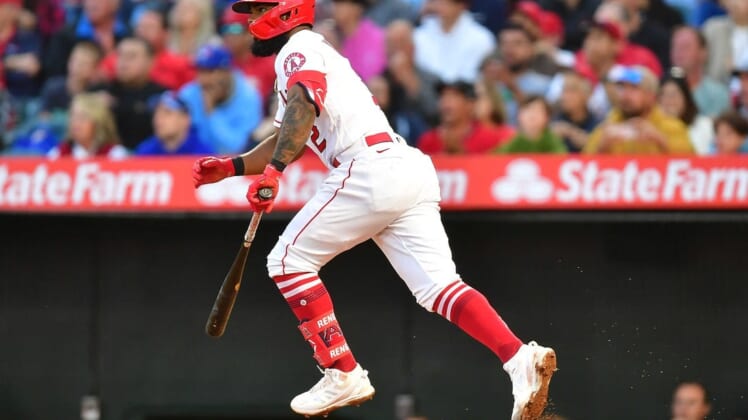 Blue Jays starter Hyun Jin Ryu (2-0) outpitched Angels starter Shohei Ohtani in the first matchup between the two, Ryu giving up two runs and six hits in five innings. Ohtani (3-3) was not sharp, giving up the homers to Springer and Guerrero and five runs in six innings overall.

Ohtani struck out 10, including striking out three in the third inning. But he also gave up three runs on three hits and one walk in the inning, which proved to be decisive.

The Blue Jays had only seven hits, including two each from Springer and Bo Bichette. Three Blue Jays relievers — David Phelps, Yimi Garcia and Adam Cimber — each threw a scoreless inning before the Angels pushed across a run in the ninth against Jordan Romano.

The Blue Jays took a 1-0 lead in the first inning when Springer, the leadoff hitter, worked the count full against Ohtani, then hit a 96-mph fastball over the fence in center for his ninth homer of the season.

The Blue Jays added to their lead in the third, getting an RBI single by Santiago Espinal and a two-run double from Bichette, giving Toronto a 4-0 lead.

The Angels responded with two runs in their half of the third inning against Ryu. They started the inning with singles by Brandon Marsh and Andrew Velazquez, and scored their first run of the game on a single by Luis Rengifo.

The Angels had an opportunity to make it a big inning with Mike Trout and Ohtani due up, but Ryu got Trout to hit into a force play and got Ohtani to hit into an RBI fielder’s choice, driving in the second and final run of the inning to make it 4-2.

Guerrero homered in the sixth and Jansen in the ninth for Toronto.