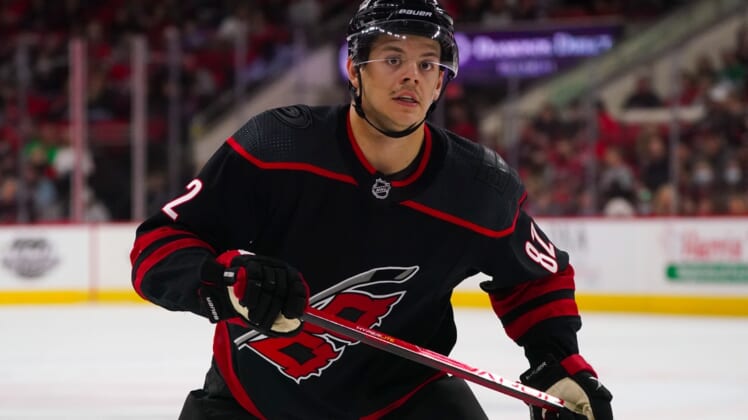 The Hurricanes said the deal will pay Kotkaniemi an average annual salary of $4.82 million through the 2029-30 campaign.

Kotkaniemi, 21, is making $6.1 million this season after joining the club as a restricted free agent in the offseason. He played his first three NHL seasons with Montreal but the Canadiens declined the offer sheet presented by the Hurricanes.

“Jesperi has shown us just how high his ceiling can be through his skill and work ethic, and that he is a great fit with our young core,” Carolina general manager Don Waddell said in a news release. “He is still just 21 years old, and we are confident his role in our organization will continue to expand in the years to come.”

Kotkaniemi has 11 goals this season to match his career best. He also has 12 assists for 23 points in 59 games.

Overall, Kotkaniemi has 33 goals and 52 assists in 230 career NHL games. The Finnish native was the No. 3 overall pick of the 2018 draft.