Hurricanes goalie Frederik Andersen out at least one week 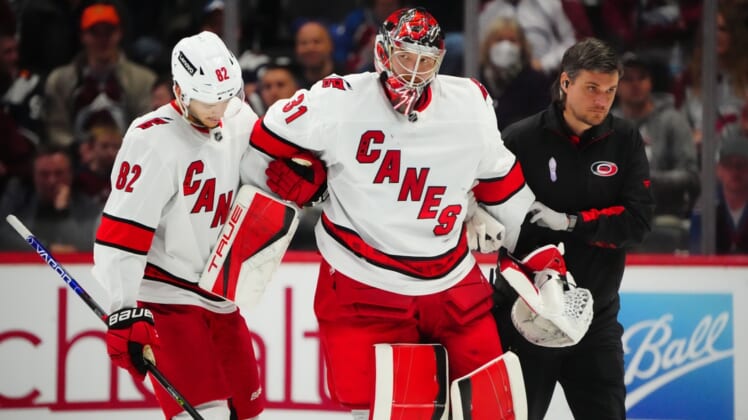 Carolina Hurricanes goaltender Frederik Andersen is expected to be sidelined at least one week because of a lower-body injury, coach Rod Brind’Amour announced.

Andersen sustained the injury during the third period of the Hurricanes’ 7-4 loss to the Colorado Avalanche on Saturday.

“That’ll be probably re-evaluated in about a week,” Brind’Amour said prior to Carolina’s 5-3 win against the Arizona Coyotes on Monday. “We’ll get a sense of where he’s at then.”

Antti Raanta is expected to serve as the Hurricanes’ primary goaltender in Andersen’s absence.