Hurricane could force Saints-Chargers out of New Orleans 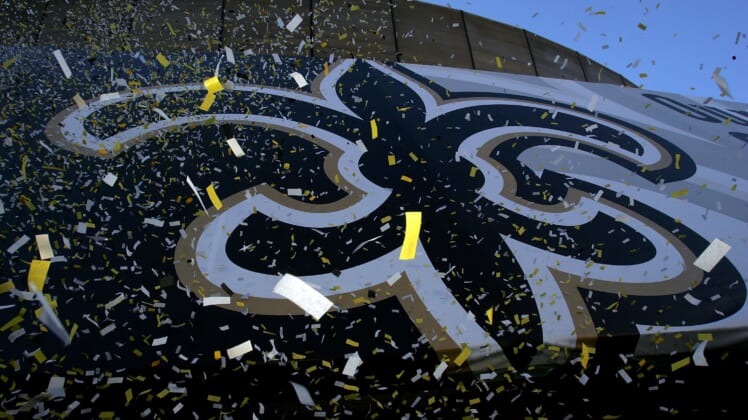 NEW ORLEANS – SEPTEMBER 25: Confetti flies outside the newly refurbished Superdome after the official re-opening ceremony at Gate C prior to the Monday Night Football game between the Atlanta Falcons and the New Orleans Saints on September 25, 2006 at the Superdome in New Orleans, Louisiana. Tonight’s game marks the first time since Hurricane Katrina struck last August, that the Superdome, which served as a temporary shelter to thousands of stranded victims in the wake of Katrina, has played host to an NFL game. (Photo by Ronald Martinez/Getty Images)

Contingency plans are being made in case Hurricane Delta forces the scheduled game in New Orleans between the Saints and Los Angeles Chargers on Monday to be relocated.

ESPN reported Wednesday the game could be played instead at Lucas Oil Stadium in Indianapolis. The Saints also could practice in Indianapolis, which the team has done to escape incoming weather challenges in previous seasons, and return to New Orleans for the game if conditions allow.

LSU moved its Saturday game against from Baton Rouge to Columbia, Missouri.

Delta battered the Yucatan Peninsula on Wednesday morning and headed toward the Gulf of Mexico, where it is expected to gain strength before making landfall in Louisiana on Friday. Gov. John Bel Edwards declared a state of emergency on Tuesday and told residents to prepare for a major hurricane.

“Hurricane Delta is an incredibly dangerous storm that will bring heavy winds, rain and life threatening flooding and storm surge to coastal Louisiana,” he said. “Everyone in South Louisiana should pay close attention to the weather in the coming days and heed the advice and directions of their local officials.”