McNeal, 29, was sanctioned for “tampering within the results management process,” according to a ruling Friday by the Athletics Integrity Unit, which runs the anti-doping program for track and field’s international governing body, World Athletics.

The ban was backdated to Aug. 15, 2020. If upheld, it would effectively prevent McNeal from competing in both the upcoming Tokyo Olympics and the 2024 Summer Games in Paris.

She has appealed the ruling to the Court of Arbitration for Sport.

She will be allowed to compete at the U.S. Olympic Team Trials later this month while her appeal is pending. Her appeal will be heard before this summer’s Olympics in Tokyo, which are scheduled to begin on July 23. 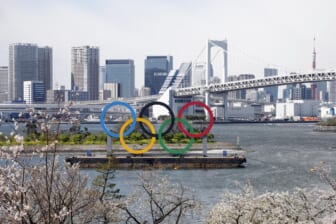 McNeal’s lawyers told USA Today she is appealing the AIU’s ruling because “she is not a doper, and firmly believes that she did not violate any anti-doping rule.”

It is the second time McNeal — who competed collegiately at Clemson — has been suspended for allegedly violating anti-doping rules. She missed the 2017 World Championships while serving a one-year ban imposed by the U.S. Anti-Doping Agency for missing three drug tests.