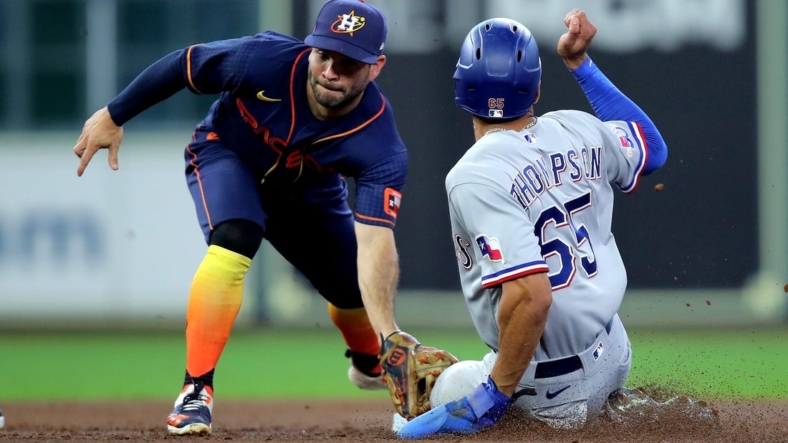 The Astros got the only run they needed with a two-out rally in the second inning. Trey Mancini worked a walk against Rangers left-hander Martin Perez, moved to second on Chas McCormick’s infield single and came home on Martin Maldonado’s single to left field.

Brown (1-0) went 9-4 with a 2.55 ERA in 23 appearances (14 starts) for Triple-A Sugar Land prior to joining the Astros when rosters expanded on Sept. 1. He was expected to make his debut out of the bullpen, but circumstances dictated otherwise and Brown proved up to the task, allowing three hits and one walk while striking out five.

Bryan Abreu, Hector Neris and Rafael Montero preserved the win for Brown by combining for three perfect innings, with Montero earning his 12th save.

Brown opened his start with a flourish, striking out Marcus Semien and Corey Seager en route to a perfect first inning. He surrendered a single to No. 9 Bubba Thompson with two outs in the third, but catcher Martin Maldonado erased Thompson as he attempted to swipe second base to complete that frame.

Semien opened the fourth with a double and advanced to third when Seager followed with a groundout to the right side of the infield as Texas fashioned its first scoring threat of the game.

Brown buckled down and induced a pair of ground-ball outs to strand Semien. After allowing consecutive two-out baserunners in the fifth, Brown recovered to strike out Thompson. Brown then completed his debut by retiring Semien, Seager and Nathaniel Lowe in order in the sixth.

Perez (10-6) worked around two two-out baserunners in the third and faced the minimum over the next four innings, inducing Maldonado to roll into a double play after McCormick reached on a bunt single with one out in the seventh.

Perez allowed six hits and walked one while notching five strikeouts over seven innings in what was his 25th consecutive start of at least five innings.