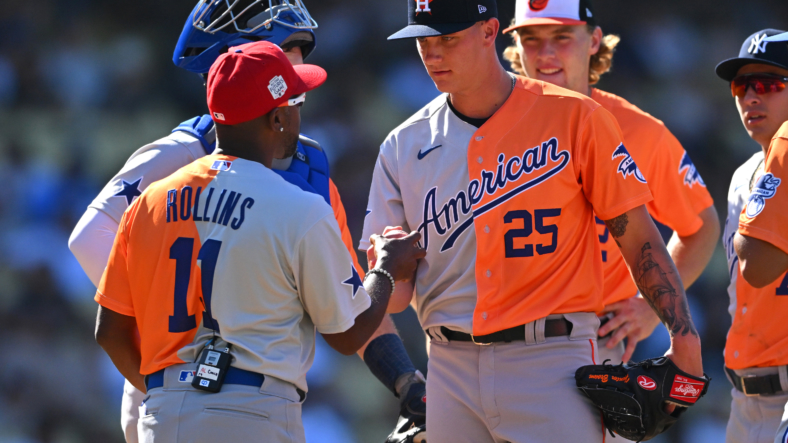 The contending Houston Astros had pushed back against calling up top prospect Hunter Brown from Triple-A Suger Land throughout the 2022 season. Now that rosters will expand to 28 later this week, that has changed.

Brian McTaggart of MLB.com reports that the Astros will call up Brown up to the Majors once rosters expand on September 1. The expectation is that Houston’s former fifth-round pick will come out of the bullpen to open his MLB career.

Brown’s presence in the bullpen could very well help Houston down the stretch. Closer Ryan Pressly is currently on the 15-day disabled list, creating a depth issue in the pen. Despite the performances of lesser-known players such as Seth Martinez (2.31 ERA, 1.03 WHIP) and Bryan Abreu (2.08 ERA, 1.20 WHIP), Hunter Brown will be able to pitch extensive innings as a long man or spot starter.

Houston’s No. 1 prospect and the 71st-ranked farmhand in baseball, it has been a quick ascension to the Majors for a small-school product who wasn’t seen as a top player leading up to the 2019 MLB Draft.

A product of Wayne State, Brown made his way to low-level Single-A ball that initial season before seeing the 2020 MILB campaign canceled due to COVID-19. Since then, he’s made it through both Double-A and Triple-A while relying on plus-level stuff.

Brown has pitched a lot of out of bullpen this season with 14 starts in 23 appearances. Most recently, he struckout four in 3.1 scoreless innings against the Las Vegas Aviators on Sunday.

Houston hopes Brown can play a big role as the team looks to contend for a World Series title this fall.