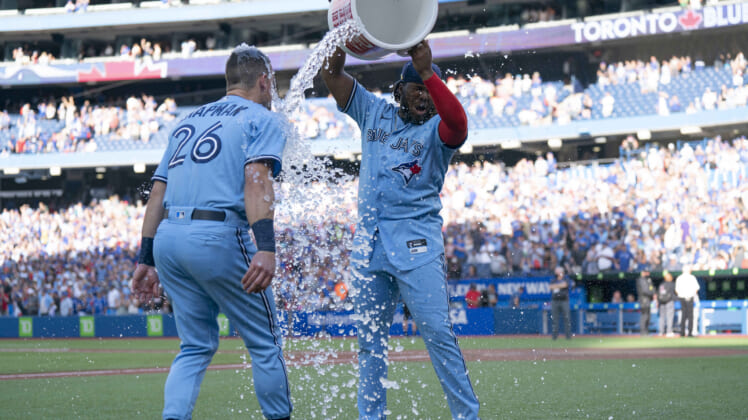 With the updated playoff format in place, the American League prepares for a gruesome finish to the Wild Card race. This year’s format entails four slots for the Wild Card contenders to battle for.

With the Houston Astros and New York Yankees riding the high of the American League, the AL Central battle consisting of the Cleveland Guardians and Minnesota Twins will settle for the three seed. Assuming the standings remain the same, only the top two seeds will retain a spot in the Divisional Series.

Unlike the National League, which has presumably decided its playoff picture, the American League is stacked with teams eager to obtain an opportunity to shine in October. The Toronto Blue Jays and Seattle Mariners sit atop the Wild Card race with the Tampa Bay Rays and Twins to follow. Here’s a handful of teams that are destined for a postseason appearance.

The battles of the AL East

The AL East has practically been settled, with the Yankees pouncing its division with a 33-17 record. The teams to follow, such as the Rays, Blue Jays, and the persisting Baltimore Orioles, will duke it out for a spot in October. Not to mention, the Boston Red Sox, who have submerged to dead last but shouldn’t be counted out just yet.

There’s a lot that still needs to take place, but the Blue Jays have stood their ground and seem to be the favorites. The Rays sit just two games back of Toronto. However, their 31-36 vs teams above .500 won’t translate in the postseason. The core duo of Bo Bichette and Vladimir Guerrero Jr. have been lighting it up since the break, and the remainder of the lineup nonetheless. Bichette sports .286/.301/.514 while Guerrero Jr. slashes .365/.420/.595 since the All-Star break.

The rotation has been shaky aside from Kevin Gausman and Alek Manoah, yet the two aces will do for a three-game Wild Card. The Toronto bullpen has done its job, and the additions of Zach Pop and Anthony Bass will provide support once October comes around.

These two squads have been at it all season long, and the race has narrowed to just a 1.5-game advantage for Cleveland. The Chicago White Sox aren’t too far behind, but it’s unlikely that they can amass a comeback. Chicago’s mediocracy against its own division (25-25), won’t withstand the Guardians and Twins who have both played above .500 ball in the AL Central.

With Toronto grabbing the first spot for Wild Card rights, Cleveland and Minnesota could end up with the next two. The Twins have lost several critical players to injury this season which the Guardians should use to their advantage. Big names like Alex Kirilloff, Royce Lewis, and Ryan Jeffers have suffered impactful injuries to the Minnesota lineup. Only Anthony Gose of the Guardians has been dealt to the 60-day injured list.

September 9th is the next scheduled series between Minnesota and Cleveland. They will meet again five days later for a final series that can determine the outcome of the AL Central.

The Mariners are destined to secure a spot in the postseason. It won’t be realistic to undermine the Astros, yet a WC spot is sufficient. Winners of 14-straight through the month of July, Seattle won three straight before Saturday’s loss in Texas.

With the return of rookie sensation Julio Rodriguez, Seattle will continue their hunt for the postseason. Although Ty France has slumped since the break, the pitching staff continues to gleam. Spearheaded by Cy Young winner Robbie Ray (2.08 ERA in August) and topped off by juggernaut Paul Sewald.