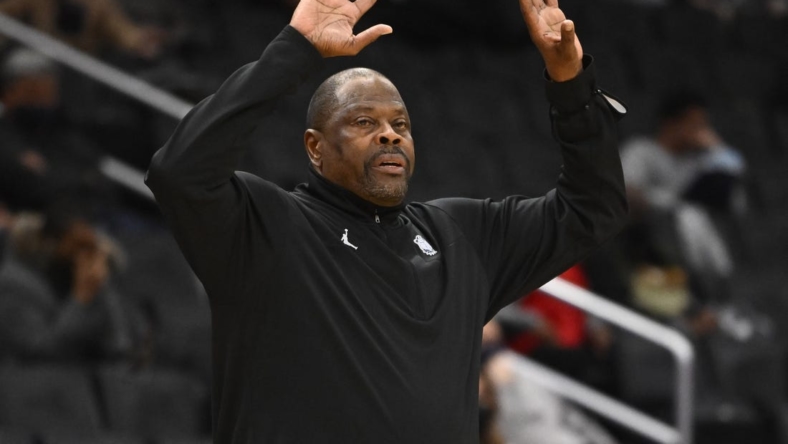 Primo Spears hit eight straight shots and scored 21 points to lead a sizzling performance by Georgetown in the second half of a 92-58 win against Green Bay on Saturday in Washington, D.C.

Georgetown (2-0) also got 19 points from LSU transfer Brandon Murray and 18 from Maryland transfer Qudus Wahab. With five transfers in the starting lineup, the Hoyas won their second in a row after closing last season with 21 straight losses.

After leading 31-29 at the break 31-29, Georgetown made its first eight shots of the second half. The Hoyas finished the game shooting 62.3 percent, including 70.3 percent after intermission when they outscored the Phoenix 61-29.

Jordan Riley added a career-high 11 points off the Hoyas’ bench. Duquesne transfer Spears made 9 of 13 shots and had five assists. Wahab hit 8 of 12 attempts from the floor and had seven rebounds. Murray was 7 for 12 and dished seven assists.

Green Bay (0-2) was paced by Clarence Cummings III with 14 points and five rebounds. Playing in his hometown, Zae Blake came off the bench to score 13 points for the Phoenix.

During its shooting splurge at the start of the second half, Georgetown opened with a 12-2 spree to take a 43-31 lead.

Midway through the half, Wayne Bristol sank consecutive corner 3-pointers during a 12-0 run that put the Hoyas ahead 66-41.

Cummings made a 3-pointer to trigger a 7-0 run midway through the first half that gave Green Bay a 19-12 lead.

Georgetown answered with its own 13-point spree, started and finished by 3-pointers from Akok Akok and Murray.

In the final four minutes of the half, treys by Nate Jenkins and Randy Tucker helped the Phoenix whittle the deficit to 31-29.