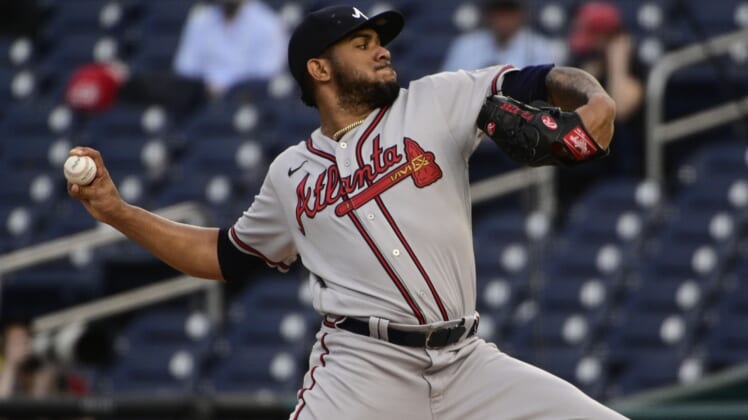 Ynoa (3-1) allowed one unearned run on four hits. He struck out four and walked two.

Ynoa, who has homered in his past two starts, has allowed one unearned run in 12 innings against the Nationals this season.

Acuna, who singled in the first, came up with two outs in the fifth inning of a scoreless game and homered to right-center field off a 1-2 fastball to make it 1-0.

In the sixth, Ozzie Albies reached on an infield hit, going to second on Trea Turner’s throwing error. Tanner Rainey replaced Ross and, with two outs, Swanson was walked intentionally, but William Contreras lined a run-scoring single to center giving Atlanta a 2-0 lead.

The Nationals walked Cristian Pache to get to Ynoa, but the move backfired as Ynoa caught up with a 95-mile-an-hour 0-1 fastball and sent it 427-feet to center for the grand slam and a 6-0 lead.

Washington got on the board in the seventh. With one out, Josh Bell singled to center and the ball got by Pache for an error and Bell went to third and scored on Kyle Schwarber’s ground out.

Before the game, Washington reinstated outfielder Juan Soto, who missed 10 games with a strained left shoulder and right-hander Will Harris, who returned after missing the first 24 games with right hand inflammation.

Soto was not in the starting lineup but struck out as a pinch hitter in the eighth. Harris pitched a scoreless eighth inning with a walk and two strikeouts.