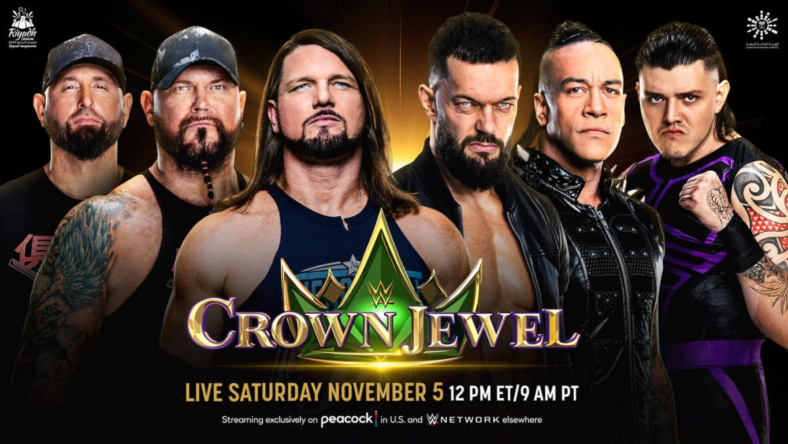 WWE: Crown Jewel is fast approaching, and fans could not be more excited. The matches between McIntyre and Kross, as well as the faceoff between Bianca Belair and Bayley, will finally see their conclusion. Multiple storylines are coming together for what’s sure to be an explosive day.

There will be eight matches total, including the much-anticipated Roman Reigns vs. Logan Paul singles match. If you’re hoping for Steel Cage Matches, you’re in luck! There will also be three tag team matches.

The event will air exclusively on Peacock and the WWE Network, but the good news is that you don’t need cable. You can sign up to watch Peacock for a low monthly price — but you need to hurry because this is one Crown Jewel you don’t want to miss.

Where can you stream WWE: Crown Jewel?

Since WWE: Crown Jewel is a pay-per-view event, there are only two places to watch it: on Peacock, or through the WWE Network. WWE fans will get the most mileage out of the WWE Network since it includes a huge amount of content, but it’s part of Peacock as well. However, you can also order the event through Sling TV, though it’s a PPV event that costs $44.99.

Sling is a great streaming service for a lot of things, including wrestling — but it won’t air Crown Jewel free of charge. This is a pay-per-view service, so you’ll have to pay the cost upfront. That said, there’s a lot of wrestling to be had during the rest of the year with Sling Blue for just $40 per month.

You can also combine both Sling Orange and Sling Blue for $55 per month total, and customize your package with optional add-ons. Sling TV provides fantastic value for a sports fan, with more content than more niche packages like WWE Network.

Other ways to watch the WWE: Crown Jewel live