How To Watch the 2022 Presidents Cup Live This Weekend 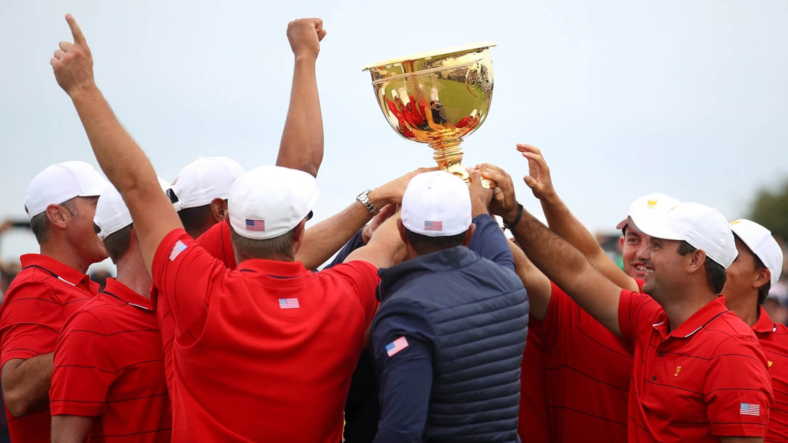 After Tiger Woods and the United States team mounted their incredible victory against the International team in 2019 at Royal Melbourne Golf Club in Australia, we want to keep an eye on how things will shake out near the end of the tournament. Sometimes, all you need is a Sunday miracle.

The tournament will begin with matches being played between foursomes and four balls on Thursday and Friday. It’ll transition into 12 singles matches on Sunday to find out which team will be crowned as the 2022 Presidents Cup champion. The tournament coverage will be broadcasted on the Golf Channel and NBC, so read on to see all of the options for how to livestream the Presidents Cup this year.

Where can you stream almost all of the Presidents Cup coverage?

Watch the Presidents Cup on Sling TV (our preferred service)

Sling TV offers golf fans an excellent deal to catch almost every shot between the United States and International teams this weekend. As the weekend approaches, prepare for some heated match play that’ll leave one team crowned as the champion. Packages start at just $35 per month, offering 32+ channels. Since Sling Blue and Sling Orange & Blue both offer NBC in select markets, they’ll be your best bet for watching the Presidents Cup this weekend on Sling TV.

Although there isn’t currently a free trial with Sling TV, the service is offering new customers 50% off their first month, bringing your total down to $17.50 for Sling Blue and $25 for Sling Orange & Blue. Be sure to take advantage of this deal before the Presidents Cup is over. You don’t want to miss out on an exciting Sunday finish.

Other ways to watch the Presidents Cup Live