How the Raiders Defense Can Ensure a Playoff Berth, Training Camp Heads to Vegas, Team’s Reaction to Social Unrest 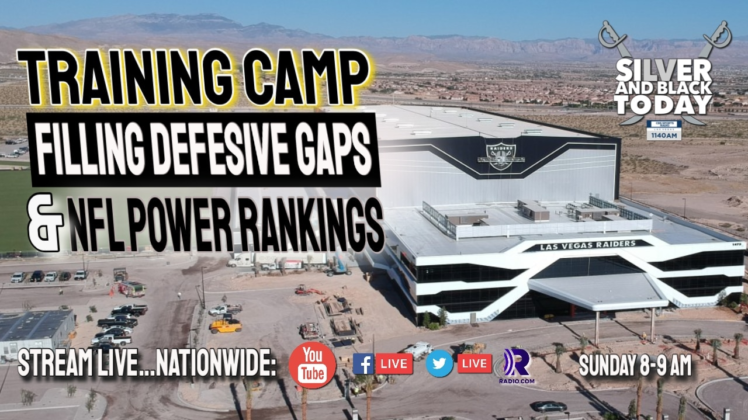 We talk Las Vegas Raiders training camp relocation, the team’s response to social unrest, how the defense can improve with better PPG, and the latest NFL power rankings.

It’s official: the Las Vegas Raiders will shift their training camp from Napa to Henderson after the NFL mandated teams hold their annual training camps at their home facilities.

How did you think the Raiders and owner Mark Davis addressed the current social unrest and racial tensions this week? Some are slamming the team and owner for not doing enough. We jump in and say that’s an unfair assessment.

We also break down how the team might lower points allowed by 6 points per game in 2020 giving Las Vegas a better shot at making the NFL playoffs.

We close the show talking about where the Raiders rank on this week’s Peter King NFL Power Rankings.