How the Cardinals can further support Kyler Murray 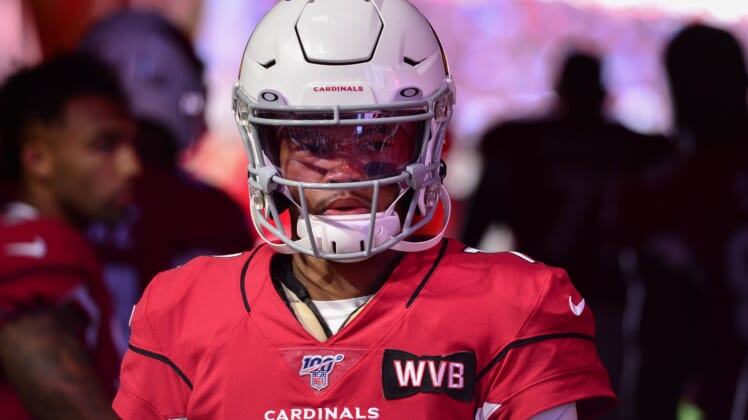 Arizona Cardinals quarterback Kyler Murray surpassed everyone’s expectations for him in his rookie season. If the Cardinals want Murray to reach his true ceiling and for this team to become a contender, surrounding Murray with talent will be critical this offseason.

Murray demonstrated that he is the perfect quarterback to execute head coach Kliff Kingsbury’s system. The coach-quarterback duo both showed tremendous growth in their first NFL season, but they need more weapons on offense to help this team reach new heights.

Fortunately, the offseason is the perfect time for the Cardinals to give Murray exactly what he needs to thrive.

Murray’s rookie season: Murray, who a year prior put up 200-plus attempts in college for the first time, entered the NFL and immediately proved he belonged. While there were some mistakes along the way, his entire season captured the tools he brings to the table.

Murray did all of this with an offensive line that has plenty of room to improve. While Larry Fitzgerald’s return in 2020 is good news, Arizona can’t reasonably expect a 37-year-old to be its top receiver next season.

Fortunately for Arizona, the 2020 NFL Draft and the NFL free-agent class offers plenty of options for it to bolster Murray’s supporting cast this offseason.

Start in the trenches: While there are some intriguing free-agent receivers available, the Cardinals can find better value in the draft. Their money should be spent to improve in the trenches.

While two moves might bot seem like the most aggressive offseason philosophy, this can be the beginning for Arizona. The priority this offseason is simply dominating opponents in the trenches next season, the additions of Scherff and Pierce would do exactly that.

Dominate the draft: Really, the Cardinals’ offseason will be remembered for how they execute in the 2020 NFL Draft. This year’s class is particularly deep at receiver and offensive tackle, which is perfect for Arizona and puts the team in a position to come away with a great haul.

The Cardinals would be ecstatic if they could come out of the first four rounds with these selections. The additions don’t just address need, but each player offers upside to exceed the value of their selection.

Lamb could step in immediately and become Arizona’s No. 1 receiver, dominating in a role that was made for his abilities. Jackson, while a project, could be the long-term answer at left tackle. Meanwhile, Taylor and Moss can produce immediately and make the Cardinals’ offense and defense better.

The bottom line: Arizona’s focus this offseason must be improving in the trenches and adding playmakers. These offseason moves would address all of that before training camp kicks off.

Given more time to throw and with better weapons, Murray can take a tremendous leap in his second season. He can execute this potentially electrifying offense, post jaw-dropping numbers and become a Pro Bowl quarterback.

The additions to the front-seven will go a long way in improving this defense, too. The Cardinals won’t just keep games closer, but they’ll create more turnovers to give Murray additional opportunities.

If the Cardinals are serious about putting Murray in a position to succeed and want him to reach his true ceiling, these are the types of moves that must be made. We saw how quickly teams could climb in the NFL. Now it’s time for the Cardinals to help Murray carry this team to new heights.