How Jaylon Johnson Could Be the Answer for Raiders at CB 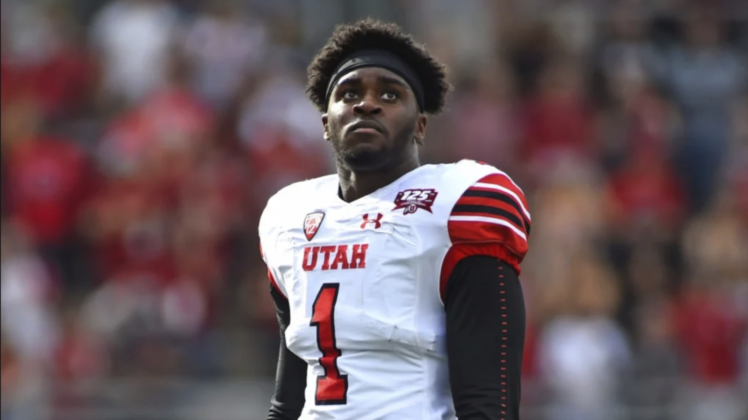 Most observers agree the Las Vegas Raiders most pressing needs are at wide receiver and cornerback. Despite an excellent free agent class in 2020, Mike Mayock still needs to find a solution at cornerback. Could the answer be Utah CB Jaylon Johnson?

Early in free agency, the Las Vegas Raiders pursued top-notch cornerbacks and missed out. They agreed to terms on a deal with cornerback Eli Apple, but the contract didn’t materialize into a done deal.

The Raiders made good use of the money, signing defensive back Damarious Randall, but he’ll likely play safety alongside Johnathan Abram. According to Over the Cap, Las Vegas has $9.4 million in cap space. With seven rookies to sign, including two first-rounders, team brass will look to fill a hole at cornerback during the draft.

Interestingly, Jaylon Johnson thinks he’ll be a Raider in about two weeks. The cornerback appeared on the Stick to Football Podcast and projected his landing spot:

The Las Vegas Raiders are known to blindside prospects and pick them without much interaction at all, but we’ll go with Johnson’s prediction. What would this mean for the secondary and remainder of the draft?

Where Would the Raiders Select Jaylon Johnson?

If Johnson didn’t need shoulder surgery a month ago, he’s probably a back-end first-round pick. However, NFL teams will have more caution with players on the mend, especially with those who suffer repeated injuries.

Johnson should be available at 19, but that’s a bit high for him. Team brass could potentially land an overall better player within the top 20 or move back to take the cornerback out of Utah.

According to MMQB’s Albert Breer, the Raiders will look to trade down. If they find a partner, Johnson becomes a viable option at good value.

Johnson has to know when to make the right play as opposed to his chase for the best possible outcome on every down. Sometimes, a pass breakup is good enough.

“Early word is this year’s draft is no different than most—with more teams near the top willing to move down than up,” Breer said. “The Jaguars have also kicked around the idea of moving down. The Raiders, too, a team that could well be looking to replace the second-rounder they lost this year, with the last pieces in the Khalil Mack trade finally in play.”

Here’s something to think about: with Johnson’s prediction that he’ll go to the Raiders, other clubs interested in the cornerback may attempt to make a move for him first. Inadvertently, the Utah product may have driven up his draft stock.

What Would the Raiders Get in Jaylon Johnson?

Johnson is an attack-type defender. In run support, or when the ball goes up in the air, he’s going to try to make the most impactful play. The Utah product racked up solid numbers through three terms, recording 21 pass breakups and seven interceptions.

Clearly, Johnson has the ball skills to excel in coverage on the professional level. He does well with timing, lining up the arrival of the target and his ability to break on the ball for an interception.

Some cornerbacks are criticized for their selective tackling. That’s not an issue for Johnson. He’s arguably the most physical prospect at the position in this year’s class.

Before the Las Vegas Raiders traded Gareon Conley to the Houston Texans for a third-round pick, he struggled with his takedowns with some whiffs and poor angles. Opposite Trayvon Mullen, Johnson would provide sure tackling on the perimeter. He’s not going to give up yards after the catch because of reluctance to engage in contact.

On the downside, Johnson must be wary of savvy veteran quarterbacks and elite route-runners who will try to use his aggressiveness against him. If the cornerback shows a tendency to jump routes in a particular game, expect a signal-caller to pump fake him or the wideout to take some jab steps for separation.

Johnson has to know when to make the right play as opposed to his chase for the best possible outcome on every down. Sometimes, a pass breakup is good enough.

If the Las Vegas Raiders select Johnson, they would take a leap of faith with his injury history. Since high school, he’s undergone three shoulder surgeries—the most recent in March.

Because of Johnson’s physical playstyle, nicks and bumps come with his game. Without in-person pre-draft visits or access to in-depth medical records, the Raiders would need a strong belief in their intel on the cornerback’s short- and long-term condition.

If healthy, Johnson has lead cornerback qualities. He’s an athletic defender with press-man capability and a knack for forcing turnovers. At 6’0″, 193 pounds with 31 ⅜-inch arms, the Utah product checks the boxes in size and length for Paul Guenther’s defense. The Raiders drafted Mullen (6’1″, 199 lbs and 31-inch arms) with a similar body type last year.

Let’s say the Las Vegas Raiders select Johnson with the 19th overall pick. This doesn’t mean they’ll give up on the second round. General manager Mike Mayock and head coach Jon Gruden can bundle a third-round pick with guard Gabe Jackson to move up several spots.

According to NFL Network’s Ian Rapoport, the Raiders discussed Jackson in trade talks. He has a $9.6 million cap hit for 2020, per Spotrac. The club signed guard Eric Kush and extended Denzelle Good and Jordan Devey.

Among the Raiders’ options at right guard, Jackson is clearly the best player, but he has the highest trade value. This year’s draft class isn’t strong at guard. Instead of selecting a Day 2 rookie, teams may bite on a proven starter who can play both sides of the line.

A trade involving Jackson would give the Raiders more cap flexibility in case they want to make additional roster moves after the draft.

With all the possibilities, the Raiders could have a busy three-day draft stretch in terms of trades. They’re a likely candidate to move down into the second round or up from No. 80. Teams that miss on a guard may place calls for Jackson. As always, Mayock and Gruden are open for business.