The MLB trade deadline brought about many unintended consequences for several teams, including the Colorado Rockies. When the San Diego Padres traded for four-time All-Star Josh Hader, they expected him to be a reliable closer and anchor in their bullpen. The Milwaukee Brewers — who sent Hader to the Padres — believed they could improve their team with the pieces they received in return.

In an interesting development, the team that won the trade ended up being one that was not even involved: The Rockies.

Since being traded to the San Diego Padres, Josh Hader is 1-1 with a 16.20 ERA in five games. He has more walks (five) than strikeouts (four). In just 3.1 innings with the Padres, Hader already has hit more batters (two) than he did in 34 innings with the Brewers (one). 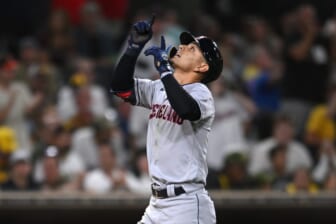 Additionally, he has just as many wild pitches with the Padres as he had with the Brewers this season (two). Hader has been so disappointing for the Padres that they have removed him from the closer role for the time being.

How can a team that was not even a part of the Josh Hader trade be the winners of it? In return for Josh Hader, the Milwaukee Brewers received Taylor Rogers, Dinelson Lamet, Esteury Ruiz, and Robert Gasser. Milwaukee quickly designated Dinelson Lamet for assignment. Prior to the trade, Lamet was 0-1 with a 9.49 ERA and 2.03 WHIP in 13 games with the Padres. 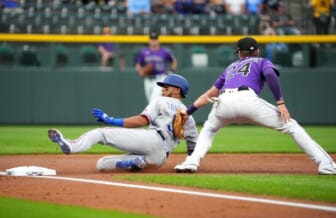 The Colorado Rockies claimed Lamet and inserted him to the backend of their bullpen. Since joining the Rockies, Lamet is 1-1 with a 2.35 ERA and 1.04 WHIP in seven games. Of all the players involved in the trade, he is easily the best-performing one with his new team.

The Milwaukee Brewers apparently did not make the right choice by designating Lamet for assignment. Middle relief continues to be a weakness, but one that is often overshadowed by an inconsistent offense. Taylor Rogers has also not played well for the Brewers. He has an 0-1 record and a save to go along with a 5.63 ERA and 1.13 WHIP since the trade.

However, the Brewers do have two very exciting prospects that they acquired in the trade. Ruiz is hitting .328/.397/.410 with seven stolen bases in 16 games with the Brewers’ Triple-A affiliate. He now has a grand total of 67 stolen bases this season. Gasser was promoted to the Brewers’ Double-A affiliate after Milwaukee acquired him. In three starts, he is 1-0 with a 1.84 ERA and 0.96 WHIP. 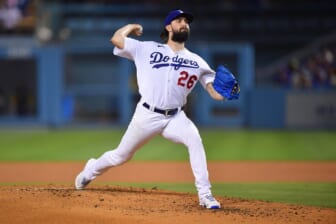 Obviously, success in the minors does not always translate to the Major League level. However, if both Ruiz and Gasser pan out for the Brewers, this trade could end up being a win for them in the future.