How Alabama could miss College Football Playoff again in 2020 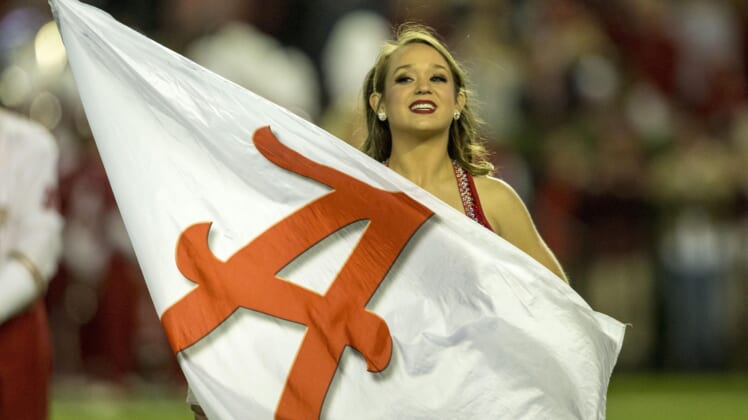 The Alabama Crimson Tide missed the College Football Playoff for the first time ever during the 2019 season, but there’s a realistic chance it can happen again in 2020.

The skinny: With key 2019 players departing, the Crimson Tide will not only have their work cut out replacing all that talent, but they’re going to look completely different as well. On top of that, there are some other extremely talented programs that may have an easier path to the College Football Playoff.

The big departures: The big one, of course, is Tua Tagovailoa. But the dynamic lefty isn’t the only impact player moving on from college football to the NFL this spring. Here’s a look at the other key underclassmen who are leaving the program.

Now, it’s worth pointing out that Alabama loses a bunch of top players every year, and that Nick Saban has an outstanding track record of being able to replace that lost talent with comparable — if not better — players.

Not surprisingly, ‘Bama had the nation’s second-best recruiting class for 2020, and it was the best in the SEC, per 247 Sports. That’s why it’s so important to look at the competition as a big reason the Crimson Tide may miss the College Football Playoff for the second year in a row.

The competition: There are some absolute powerhouses being built in other parts of the nation, not to mention the perennial powerhouses like Ohio State and Clemson.

Here’s a brief look at the teams that could keep Alabama out of the College Football Playoff in 2020:

The X-factor: It’s easy to assume that the Alabama offense will take a significant step backward in 2020 thanks to the departures of Tagovailoa, Ruggs and Jeudy. But there are talented quarterbacks on Alabama’s roster and the competition for the starting job will be intense this spring and summer.

Here’s a quick look at who could be starting under center for Nick Saban’s Crimson Tide in 2020:

If one of these four ends up taking major steps toward establishing himself as the undisputed starter and can keep the passing game from taking steps backward in 2020, then Alabama should be in the mix for the College Football Playoff until the bitter end.

The bottom line: There’s just too much talent going on around the rest of the nation to assume that Alabama will be a shoo-in to make the College Football Playoff in 2020.

And with so much uncertainty on offense after the departure of Tua Tagovailoa, it’s not even a given that Alabama will win the SEC Championship Game.