Houston’s problem: Rockets’ house of cards set to collapse from within 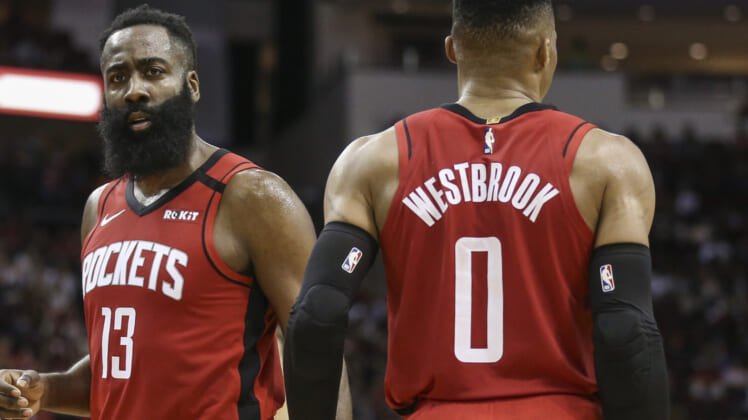 Houston Rockets general manager Daryl Morey is nothing if not innovative. His decision to trade starting center Clint Capela and go with small ball ahead of the trade deadline added another layer to this.

Morey figured his former iteration of the Rockets were not good enough to compete with the big boys out west. He was right.

Unfortunately, it does not look like this team in its current form is going anywhere.

What we know: Houston enters the unofficial second half of the NBA season at 34-20 and as the fifth seed out west. As of right now, it would have a difficult opening-round matchup against the Utah Jazz.

That’s the short-term problem for these Rockets. They are relying on the 6-foot-5 P.J. Tucker to play center in this small-balll lineup.

A hypothetical Round 1 matchup with Utah would include going up against a lineup that consists of the 7-foot-1 Rudy Gobert. The only real backup option is the recently-acquired Jordan Bell.

It’s part of a larger systemic issue for these Rockets, one that Morey thought he could overcome with bold moves. This has included signing the likes of wings Jeff Green and DeMarre Carroll.

The systemic issue: As noted above, Morey attempted to get cute at the deadline. It’s likely going to backfire once the playoffs start.

Moving forward: Let’s assume for a second Houston does not shock the NBA world and come away with a title. The future looks bleak.

The cap: Houston currently finds itself $17.1 million over the cap and dangerously close to the luxury tax.

The draft: By virtue of the Westbrook trade and the deal we saw last month, Houston is going to be irrelevant come draft time moving forward.

We don’t blame Morey for going all in. It’s what has made him one of the best general managers in the NBA. Unfortunately, his most-recent trades have handcuffed this team big time moving forward.

Without a reasonable expectation of contention this season and failing to boast both the cap room and draft pick assets to improve moving forward, it seems like Houston does indeed have a problem.

It’s going to cause the Rockets’ house to collapse from within sooner rather than later.