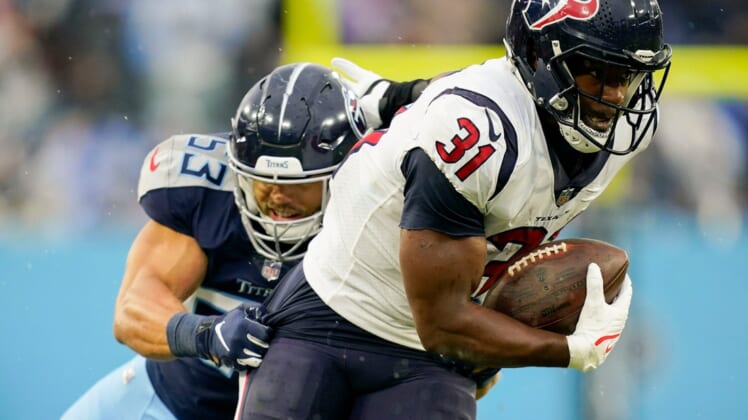 The Houston Texans placed running back David Johnson on the reserve/COVID-19 list Sunday morning, just a few hours before their home game against the Seattle Seahawks.

Johnson, who turns 30 on Thursday, is the second-leading rusher on a team with an anemic ground game. In 11 games, he has gained just 176 yards on 56 carries, trailing the departed Mark Ingram II, who gained 294 yards in seven games.

The Texans traded Ingram to the New Orleans Saints in October.

As a team, the Texans (2-10) have rushed for just 945 yards on the season — fewer than the Indianapolis Colts’ Jonathan Taylor (1,348 yards) as well as Joe Mixon of the Cincinnati Bengals and Dalvin Cook of the Minnesota Vikings (978 yards each) have gained on their own.