Houston Texans GM doesn’t expect to trade out of 3rd in NFL draft, 3 likely options for their top pick 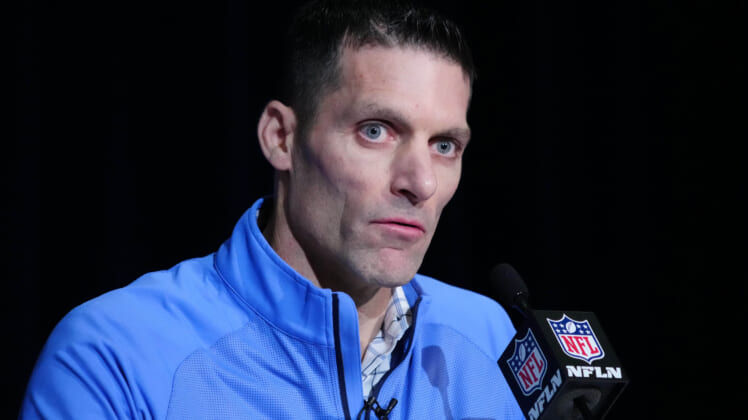 Houston Texans general manager Nick Caserio does not expect to get much interest from around the league for the team’s first pick in next week’s NFL Draft.

On April 28, the Texans will have two selections in the draft’s first 13 picks. Selection No. 3 and No. 13, respectively. Having two selections at such an early point in the annual NFL tradition seems ripe for possible trades with franchises looking for long-term fixes to gaping holes on their rosters. However, much like the New York Giants and Jets — who have two selections early in the draft — Houston has not received a groundswell of interest from other teams about either of their picks. Especially, their choice at three.

During a pre-draft press conference on Thursday, Caserio revealed that he is expecting to make selections with the team’s two first-round picks next week. Not because he isn’t open to trading down or up, but because there is just a serious lack of interest for those selections in this year’s draft.

“Flexible, open-minded, adaptable, I would say those are adjectives I would use to describe that process,” Caserio said about possible trades for the team’s first-round selections. “The reality is probably very few teams are going to want to come up to No. 3, just being honest. That’s okay. So probably pick at No. 3, and then No. 13, could we go up, could we go down? Over the next week or so, you’re going to talk to different teams more about positioning, about what’s their philosophy, about what’s their willingness to move.”

While there are certainly talented prospects in this year’s class, there isn’t a no doubt quarterback prospect that franchises are willing to give up the house to move up and take. Assuming the Houston Texans hold on to the third pick on April 28, here are three players the team is most likely to take with their top choice in the 2022 NFL Draft.

NC State standout Ikem Ekwonu is not a world-class athlete in the mold of former O-line great Joe Thomas. However, what he lacks in agility he makes up for in a nasty playing style and serious horsepower. Ekwonu’s strength is his calling card and he can use it to bully defenders. Especially, when he gets out in the open field.

There is a lot of talk about Alabama’s Evan Neal and Mississippi State’s Charles Cross, but Ekwonu might be the perfect pick for the Texans at three to give them a talent on the O-line with the playing style that can help develop a mean streak on the front five.

Oregon’s Kayvon Thibodeaux is a very confident young man and believes he should be the top overall pick in this year’s draft. The 6-foot-5, 258-pound EDGE rusher would bring exactly what the Texans — and every other team in the league for that matter — needs in an athletic pass rusher. Thibodeaux has the potential to be the next Mario Williams. And that guy was not too shabby in his racking up five double-digit sack seasons during 11 years in the league for the Texans, Buffalo Bills, and Miami Dolphins.

Ahmad Gardner — AKA “Sauce” — is the best cornerback in this year’s draft class. After a pass rusher, cornerback has become the most important position on defense in today’s pass-heavy league. The Houston Texans have many needs, but they should also take the best talent available when they pick at No. 3. You can’t go around with Cincinnatti’s first-team All-American in 2021. 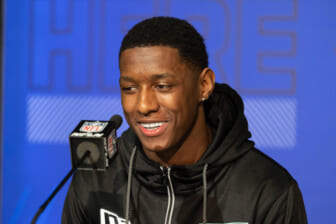 Also Read:
Houston Texans may be targeting Ahmad Gardner with No. 3 pick

In his three years with the Bearcats he did not allow one touchdown. As he is that perfect mix of size — 6-foot-3, 190 pounds — and speed — he ran a 4.41 40-yard dash at this year’s combine. Gardner has the talent to be a defensive anchor in Houston for at least the next five years.