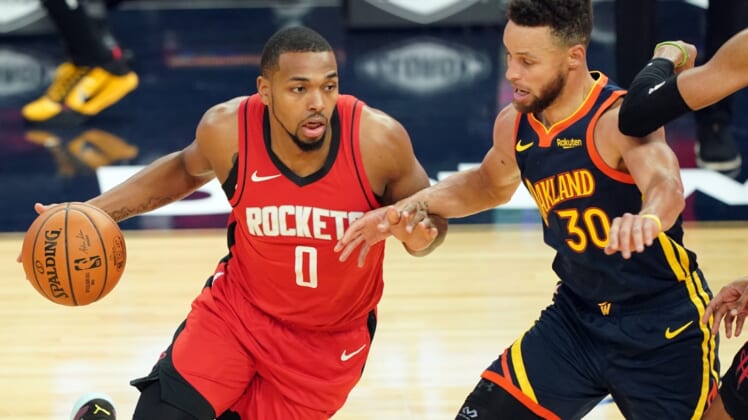 Houston Rockets guard Sterling Brown was the victim of an assault Sunday night and is now recovering, according to the team.

“Last night, Sterling Brown was the victim of an assault,” the Rockets said in a statement before Monday’s game at the Miami Heat. “He had no prior knowledge of or interaction with the assailants. He suffered facial lacerations but will make a full recovery. Sterling is not playing tonight because of his prior knee injury.”

Brown, 26, is in his fourth NBA season and his first with Houston after playing for the Milwaukee Bucks for three seasons.

Brown was also the victim of what the Milwaukee police chief deemed “inappropriate” conduct in 2018, when police officers there tackled Brown to the ground and tased him over a parking violation. The officers in that case were disciplined. Brown and the city of Milwaukee agreed to a $750,000 settlement last November.

Brown missed the Rockets’ past four games with a knee injury and it is unclear when he will return. In 51 games this season (14 starts), Brown has averaged 8.2 points and 4.4 rebounds per game, both career highs.