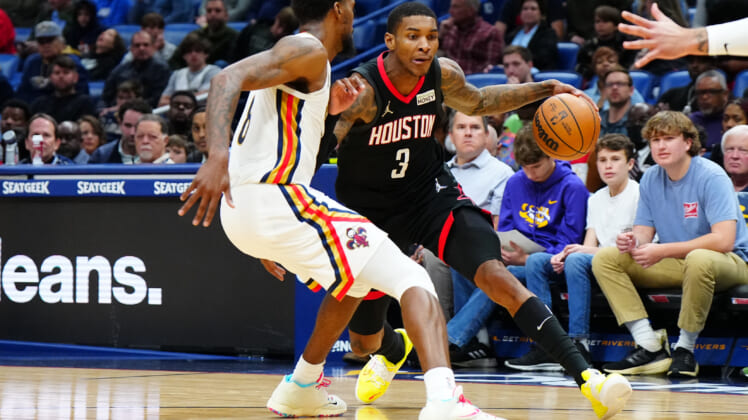 Basketball purists might not like what they saw from Houston Rockets guard Kevin Porter Jr. during Wednesday night’s game against the Phoenix Suns.

We’re also pretty darn sure that the young individual by the name of Kevin Porter Jr. couldn’t care less.

With his Rockets trailing 52-45 in the second half, Porter Jr. electrified the limited number of fans that were on hand at the Toyota Center in Houston. Following a steal, the former USC star actually tossed an alley-oop to himself. It’s something we have not seen in a meaningful NBA game in some time.

There’s very little doubting the talent Porter Jr. has. There’s a reason why he was a top recruit heading to the Trojans and found himself as a first-round pick in the 2019 NBA Draft. We saw this first-hand on that absolutely ridiculous play.

However, his career with the Cleveland Cavaliers came to an end after just 50 games due to locker room issues. Earlier this season, Porter Jr. was also involved in an altercation with the Rockets’ coaching staff that led to a suspension.

Either way, the youngster continued to play at a high level. Heading into Wednesday night’s game, Kevin Porter Jr. was averaging 16.4 points, 4.4 rebounds and 5.6 assists on 40% shooting from distance in his past 11 outings.