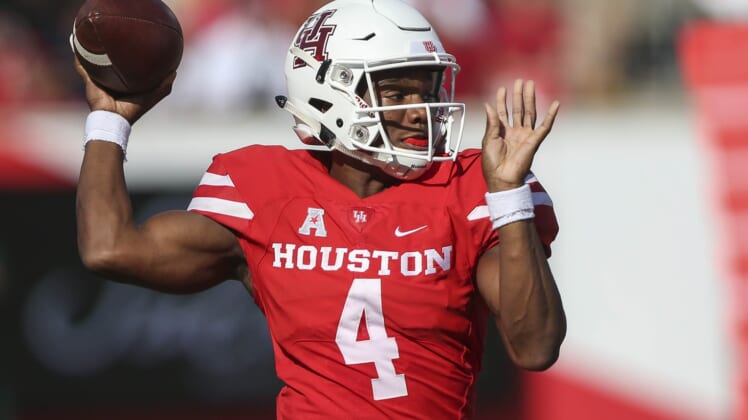 Houston Cougars star quarterback D’Eriq King made waves earlier this week when it was reported that he plans to redshirt for the remainder of the 2019 season and potentially enter the transfer database.

King did quiet some of this down by indicating that he plans on returning to Houston in 2020.

It looks like the stud quarterback is in lock step with Cougars head coach Dana Holgorsen, who noted on Tuesday that he expects King to be the starting quarterback next season.

Something has to be going on behind the scenes to get so many different stories following Houston’s disheartening loss to Tulane last Thursday.

King entered this season as a legit Heisman candidate. His Cougars team is now 1-3 on the season and the dual-threat quarterback won’t be on the field for the program at least for the next 11 months.