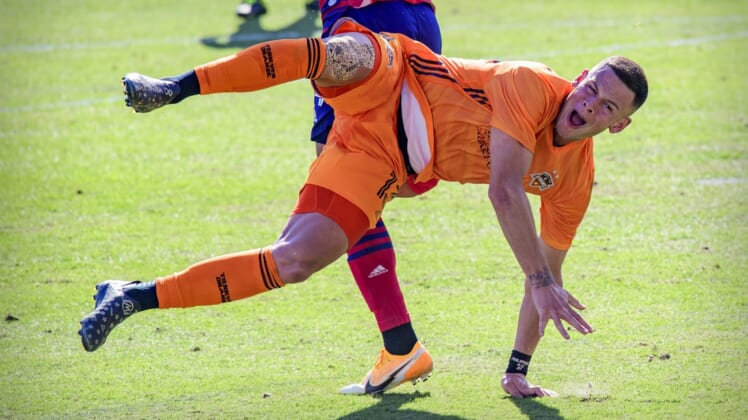 The Houston Dynamo completed the transfer of forward Christian Ramirez to Scottish side Aberdeen on Monday.

The 30-year-old MLS veteran had one goal in six games (one start) with the Dynamo this season.

“We’d like to thank Christian for his contributions to the club, both on and off the field since joining us in 2019. We wish him well with this next step in his career and all the best moving forward,” Dynamo general manager Matt Jordan said in a news release.

Aberdeen competes in the Scottish Premier League and finished fourth in the 2020-21 regular season.

Ramirez made his 100th MLS appearance in Houston’s 2-1 victory against the San Jose Earthquakes on April 16, 2021.