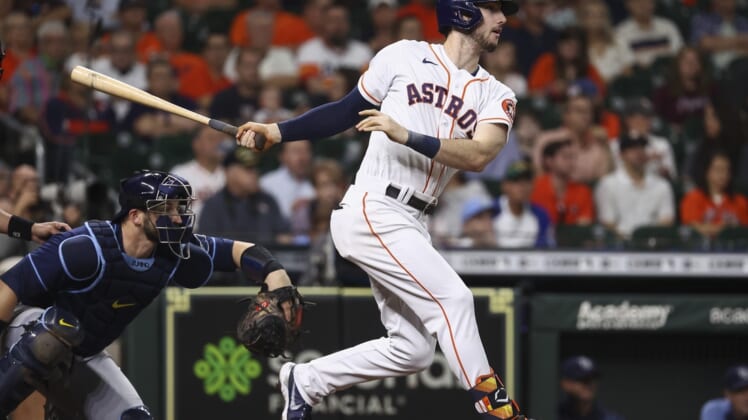 The Astros, despite losing five of their previous six games, fended off the hard-charging Seattle Mariners and claimed their fourth division title in five seasons. Correa and McCullers (13-5), first-round picks by the Astros in 2012, paved the way to a sixth postseason berth since 2015.

In the fourth inning Thursday, Correa followed a leadoff single by Yuli Gurriel and a walk from Kyle Tucker with a three-run home run to left field off Rays left-hander Ryan Yarbrough (9-7). It was the 25th home run of the season for Correa, who clubbed 24 homers in 2017.

McCullers, who allowed a two-run homer to Brandon Lowe in the sixth, and a trio of relievers ensured that Correa’s blast was sufficient. Ryne Stanek and Kendall Graveman passed the baton to Ryan Pressly, who worked around a pair of baserunners with no outs and stranded the tying run at third to notch his 26th save.

McCullers was sharp early, retiring the first nine batters, six via ground balls. Lowe snapped that stretch with a leadoff walk in the fourth, but McCullers recovered with a strikeout of Randy Arozarena and received a boost when batterymate Martin Maldonado erased Rays shortstop Wander Franco as he attempted to swipe second base.

McCullers retired the side in order in the fifth and carried his no-hit bid into the sixth, at which time things quickly went sideways. Ji-Man Choi stroked a leadoff single to center and, three batters later, Lowe cut the deficit to one run with a two-run homer off the right-field foul pole.

After Lowe clubbed his 36th home run of the season, McCullers began to falter. He surrendered a single to Arozarena and appeared to allow a third consecutive hit when Franco reached following a grounder to third baseman Alex Bregman.

But the Astros challenged the call, it was overturned, and McCullers escaped with his lead intact. He allowed two runs on three hits and one walk, with four strikeouts, over six innings. He threw 98 pitches, 62 for strikes.