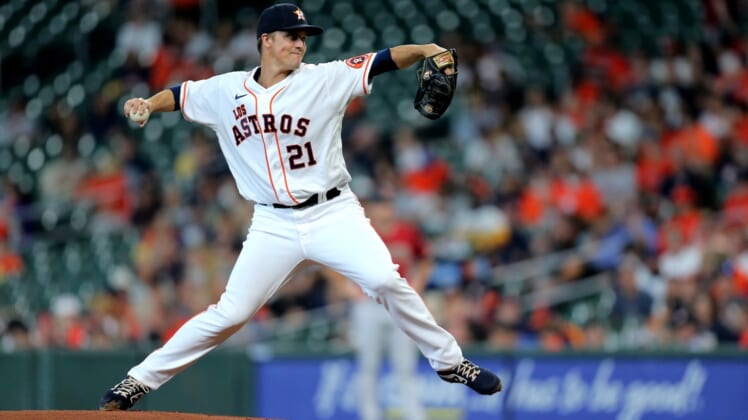 The Houston Astros scratched right-hander Zack Greinke from Friday night’s start against the Oakland Athletics due to neck soreness and placed him on the 10-day injured list.

The move is retroactive to Tuesday.

The 37-year-old Greinke last pitched Sunday when he gave up five runs and five hits in four innings against the Arizona Diamondbacks. He struck out three and walked one and received a no-decision.

Right-hander Brandon Bielak will start in Greinke’s place against the Athletics. The 25-year-old is 3-3 with a 4.21 ERA in 27 appearances (one start).

Bielak last pitched on Sept. 17 when he started against Arizona. He gave up three hits in 2 2/3 scoreless innings, struck out six and walked two.