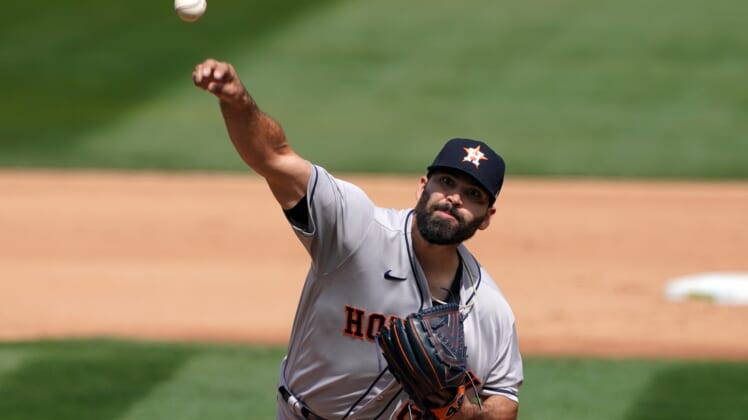 Urquidy, 26, landed on the IL on May 16 with right posterior shoulder discomfort.

Taylor, 25, has been on the IL since April 17 with a sprained right ankle.

He has no decisions and a 6.75 ERA in seven bullpen appearances this season.

Scrubb, 26, allowed three runs in the ninth inning after relieving Zack Greinke on Sunday and is 1-1 with a 7.62 ERA in 13 appearances.

Garza, 27, made his major league debut Saturday and took the loss in an 11-8 setback against the Padres when he gave up a three-run homer to Wil Myers in the 12th inning.