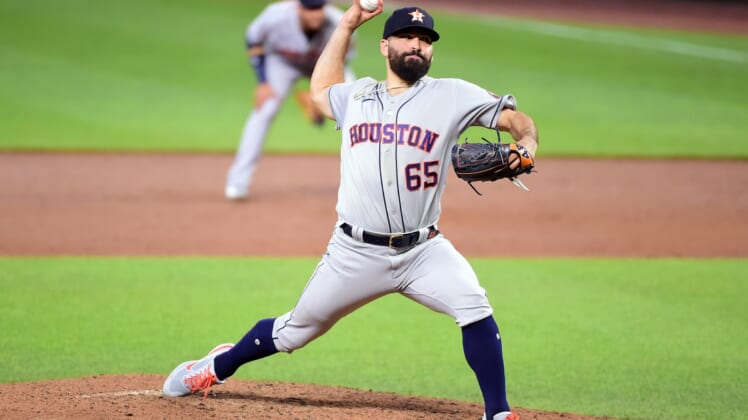 Urquidy left Tuesday’s start against the visiting Baltimore Orioles after just 1 1/3 innings with a shoulder issue. Discomfort in the same shoulder also forced him to miss a few weeks of action in May.

Hartman, 27, has yet to make his major league debut. He has played in the Astros’ minor league system since 2016, when they selected him in the ninth round of the MLB amateur draft.