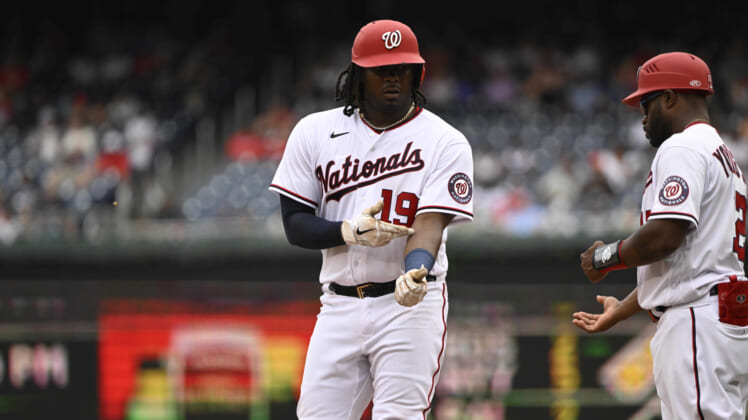 MLB trade rumors are flying in advance of the Aug. 2 deadline with the Houston Astros and New York Mets competing for many of the same targets. With the clock running out for deals to be made, it seems New York and Houston could be competing for the same player.

Both the Mets and Astros are seeking another impact bat to add to their lineup, specifically targeting a left-handed hitter who could slot in right behind the heart of the batting order. Unsurprisingly, many of those inquiries center on Washington Nationals’ first baseman Josh Bell.

According to Andy Martino of Sportsnet New York, both clubs have been in contact with Washington to express interest in Bell. Houston would seemingly have an advantage as an American League club, but it appears Washington isn’t entirely opposed to trading with a division rival.

New York is exploring alternatives in the event the Astros land Bell or Washington’s asking price is too high. Specifically, the Mets have talked to the Colorado Rockies about C.J. Cron and they have engaged in dialogue with the Baltimore Orioles regarding Trey Mancini. 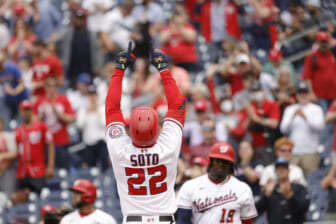 Also Read:
Juan Soto trade to the New York Mets, how it might work and projected contract extension

Houston is also keeping itself busy before the MLB trade deadline. Catcher and first base are viewed as the club’s primary needs and they have a farm system capable of making a significant addition.

Interestingly, per Jon Heyman, the Astros are becoming more involved in the pursuit of Cincinnati Reds ace Luis Castillo. While starting pitching is among the team’s most dire issues, Castillo is under contract through 2023 and could make the Astros’ rotation even stronger.

It does seem unlikely that Houston will make a run at Chicago Cubs catcher Willson Contreras. Instead, per Heyman, the Astros are reportedly focusing more on backup catchers who can split time behind the plate with Martin Maldonado.

If the front office is placing less emphasis on improving at catcher, it likely signals an intention to be more involved in the pitching market and potentially a more aggressive approach to upgrade at first base. Coming off another series victory over the New York Yankees, the Astros have to feel confident about their chances in the MLB postseason.