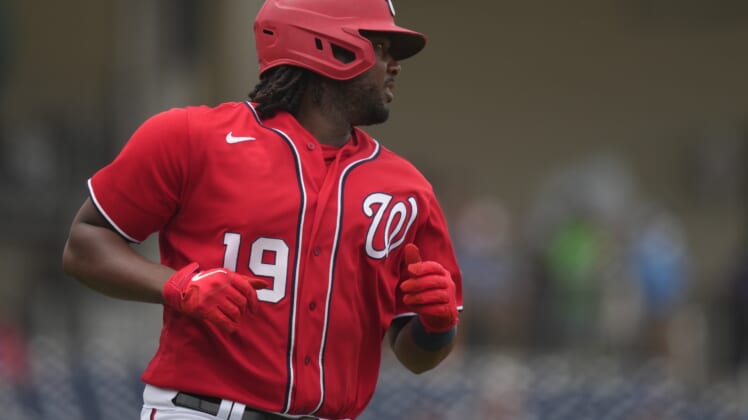 Bell is set for unrestricted free agency after the season concludes, and the team has no shot at contending this season. It only makes sense for general manager Mike Rizzo to trade Bell, getting whatever the team can get to help in the long run.

While it may make the most sense to trade Josh Bell, it doesn’t mean the Nationals are desperate to deal. As Jon Heyman of the New York Post passes along, the Nationals have discussed Bell trades with other teams, but their demands have been too high thus far.

Bell is 29 years old, he typically cranks 25+ home runs each season, and he’s actually made progress in each of his past two years, reducing his K rate from 26.5% down to 13.8% this season. His batting average and on-base percentages are at new career-highs for Bell.

The first baseman has committed nine errors in the field across 100 starts at first, but teams like the Houston Astros could use his bat in their lineup as they push for October. It’s all about finding the right trade to entice the Nationals to part with a player in the midst of a career year, in some aspects.

Basically, Bell’s rolling with the Nationals, and there’s no reason to give him away. He should be able to bring back a valuable prospect, or maybe a collection of players with potential. At the same time, what are the Nats waiting for? Getting anything for Bell now beats losing him in free agency in the spring.

Maybe they’re just posturing for now, holding out until the last moment waiting for the highest bidder to come across with the best deal yet in the final hours before the deadline.