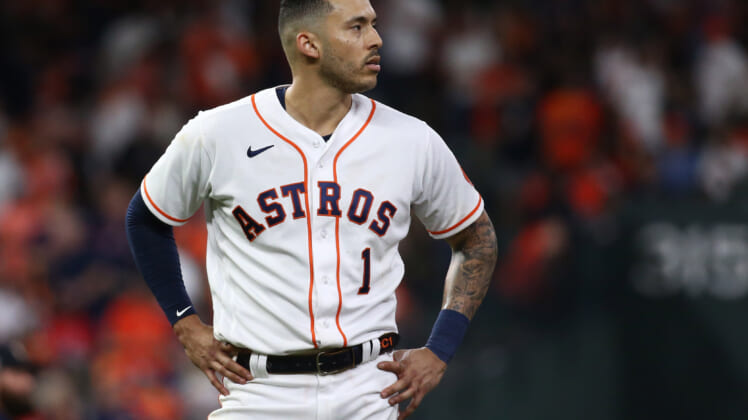 Houston Astros general manager James Click says that the team’s decision not to re-sign star shortstop Carlos Correa for 2022 was motivated by a priority in winning.

Many baseball observers were stunned when Carlos Correa came to terms on a three-year, $105.3 million deal with the Minnesota Twins. Not only because seeing the Twins make a big splash in free agency was a stunning development, but because the Astros actually let a homegrown All-Star walk.

The Astros certainly can’t compete with the payroll might of franchises like the New York Mets and Yankees, or the Los Angeles Dodgers, however, they still have one of the 10 highest payrolls in the sport. Being outbid by the Twins — a team at the middle of the payroll pack even with Correa’s contract — seemed confusing.

However, during a weekend interview with The Boston Globe, Click shed some extra light on the thinking of the team when it came to shelling out a big multi-year deal to the 27-year-old. And it seems that their choice to instead bank on top prospect Jeremy Pena over re-signing Correa was based on maintaining the team’s chances of staying a title contender. Something he clearly believes they couldn’t do if they gave the shortstop a nine-figure contract.

“[The fans] loved Correa and they wanted to keep him,” Click said. “But we have tried to make it clear to our fans here that our priority is winning. We would love to win and keep everybody together. But sometimes you have to make a difficult decision to move on in order to try to keep that championship window open as long as you possibly can.” 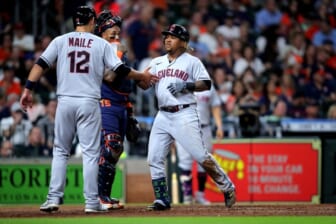 The Houston Astros currently have five players on their big league roster making eight-figures. With Jose Altuve ($26 million) and Justin Verlander ($25 million) at the top. However, fast-rising talents Yordan Alvarez and Kyle Tucker — major contributors in 2021 — are both arbitration-eligible starting next year. Meaning, that if they keep up with the stats they did last season in the years to come, they stand to get notable raises and will be in line for big contracts of their own in a few years.

Pena may also be lining himself up for a profitable future after getting off to a strong start in his rookie season. He is currently batting .287, with seven home runs, 22 runs-batted-in, and 20 runs scored.