Houston Astros get four players back, but Jose Altuve still out 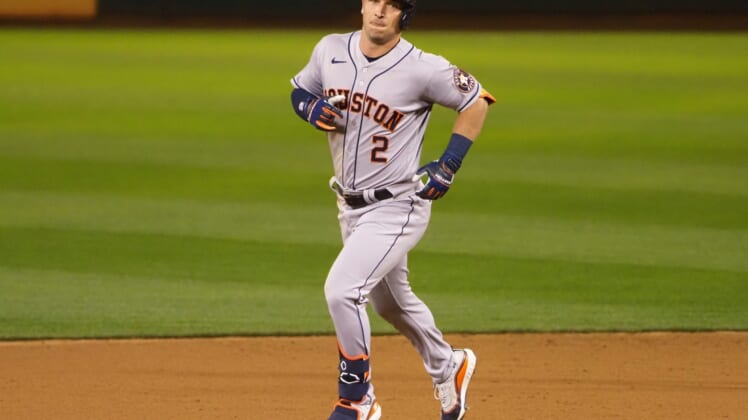 The Houston Astros activated four players from the COVID-19 list Tuesday, but All-Star second baseman Jose Altuve was not one of them.

Third baseman Alex Bregman, designated hitter Yordan Alvarez, infielder Robel Garcia, and catcher Martin Maldonado were activated six days after they were pulled from the active roster. They flew to Denver, and Bregman and Maldonado were in Tuesday night’s starting lineup.

Altuve, however, reportedly remained in Houston, and Astros manager Dusty Baker told Sportstalk 790 in Houston that Altuve “hasn’t really passed the protocols yet.”

All five players were placed on the COVID-19 list on April 14.

At the same time Tuesday, the Astros announced that infielder Taylor Jones was placed on the Injured List.