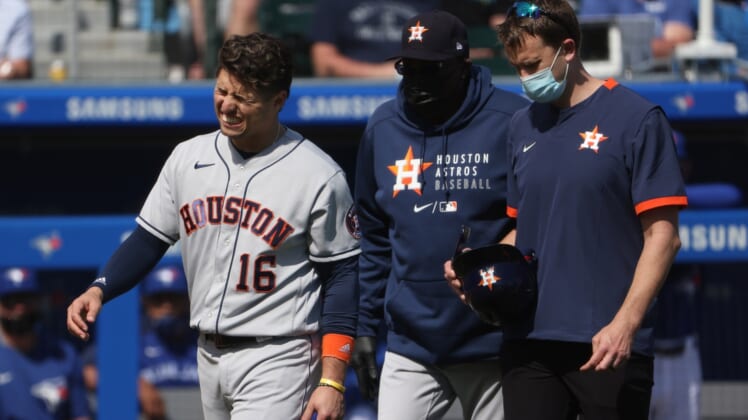 Diaz, 30, left Saturday’s 6-2 loss to the Blue Jays in the top of the fourth inning after he was hit in the hand by a pitch from Toronto’s Ross Stripling. Diaz, who started the game in left field, was replaced by Chas McCormick.

Postgame X-rays revealed the fracture for Diaz, who initially was diagnosed with a left hand contusion. In 34 games this season, Diaz is hitting .278 with three home runs and 18 RBIs.

Baker said Diaz was on his mind after the game at the Blue Jays’ temporary home in Buffalo, N.Y.

“All our prayers go out to him,” Baker said. “I went out and prayed by the water by Lake Erie yesterday that it wasn’t too serious or take too long. It was kind of a downer to be such a valuable part of his club and valuable person on the club. We’ve got to find a way to push on.”