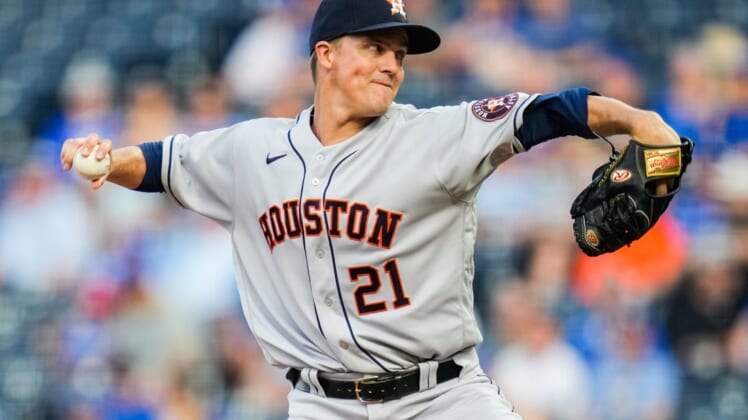 Greinke was placed on the COVID-19 IL on Aug. 31 after testing positive for the virus.

Greinke, who is 11-5 with a 3.66 ERA in 27 starts, last pitched for Houston against the Rangers on Aug. 29. He allowed six runs — tying his high for the season — and nine hits in four innings.

The six-time All-Star also lost his previous outing against the Kansas City Royals and is winless in his past three turns.

The Astros also placed right-hander Jake Odorizzi on the IL.

Odorizzi exited his start against the Rangers on Monday night in the second inning after injuring his right foot while covering first base on a groundout.